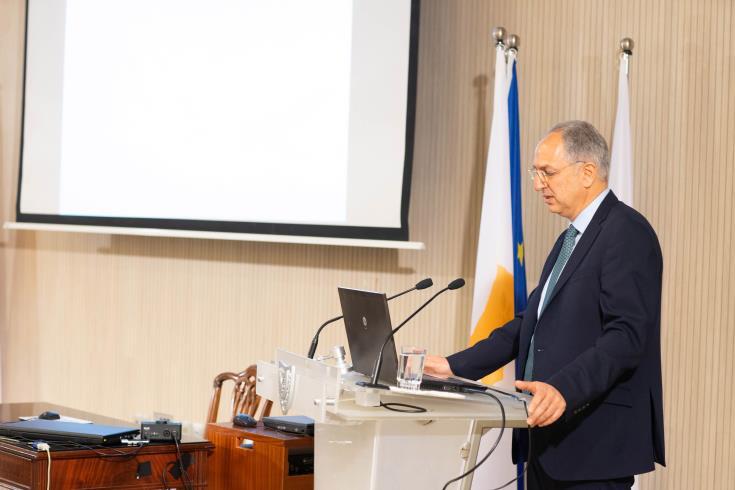 Food waste is one of the most critical challenges the world faces, Agriculture Minister Costas Kadis said on Tuesday.

Delivering a speech at an award ceremony for Green Public Contracts, Life Food Print awards and EMAS certificates, Kadis said that according to research, the food that ends up as waste can meet the needs of all the undernourished people worldwide, at least four times over.

He added that in the EU, each citizen generates approximately 179 kilos of food waste, which corresponds to an economic waste of 140 billion euros per year.

Kadis said that the environmental cost of this waste is 15% of all supply chain-related greenhouse gas emissions.

He noted that transition to sustainable food systems is a necessity and added that this is the reason the EU adopted the ‘Farm to Fork’ strategy, which aims to achieve a fair, healthy and environmentally friendly system of food production, distribution and consumption.

In his address, Central Bank of Cyprus Governor, Constantinos Herodotou, said that Cyprus and most of the EU countries have adopted national plans to promote green public contracts.

He added that green public procurement provides incentives for the production of new products and services, environmentally friendly and more energy efficient, which is particularly important today in the face of the global energy crisis as well as the intensifying climate crisis.