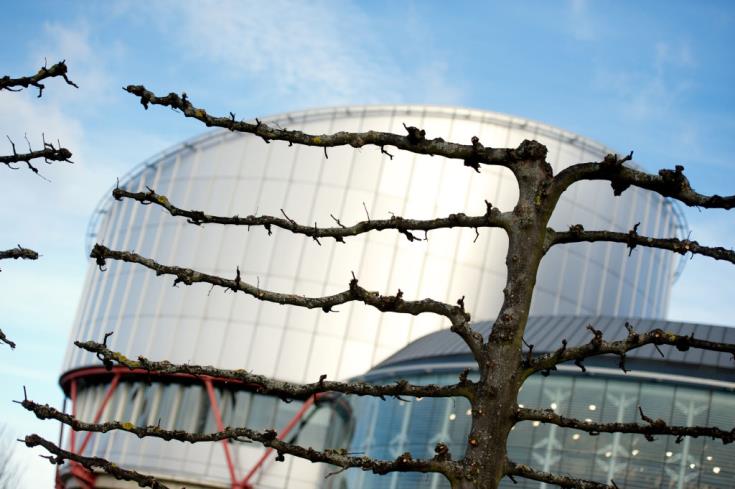 Turkey was expected to submit earlier this week its observations to the European Court of Human Rights (ECHR), in Strasbourg, in relation to two Greek Cypriot property cases in the northern, Turkish-occupied part of Cyprus, but chose instead to acknowledge certain violations in a unilateral declaration, in a bid to close the cases before the Court. Achilleas Demetriades, the lawyer of the Greek Cypriot applicants, said the move was part of Ankara’s efforts to buy time.

The two cases are “K.V. Mediterranean Tours Limited v. Turkey” concerning a property in Varosha, the fenced-off part of Famagusta, and “Panayi and Shiartou v. Turkey” in Tymbou, a Turkish-occupied village in Nicosia District. EVKAF, the Directorate-General administering Muslim pious and charitable institutions, claims to be a party in the first case.

Both applicants applied to the ‘immovable property commission’ (IPC), operating in the Turkish-occupied part of Cyprus, to claim restitution of their properties and compensation for the loss of use since 1974, when Turkey invaded and occupied the island’s northern third. They applied last year to the ECHR, complaining about the protracted length and ineffectiveness of the proceedings before the ‘IPC’.

With its unilateral declaration, Turkey acknowledges that there has been a delay in reviewing the two cases before the ‘IPC’. Moreover, it offers both applicants a total of €11,000 plus expenses to close the cases at the ECHR. The deadline for applicants to reply is February 28.

The last of a series of extensions granted to Turkey, to submit its observations at the European Court, ended on January 27.

Speaking to CNA, Demetriades said that the Court informed him on Friday that Turkey issued a unilateral declaration, acknowledging the delay at the ‘IPC’. Ankara also offered €6,000 to the applicants in the “K.V. Mediterranean Tours Limited” case and €5,000 for “Panayi and Shiartou” as a compensation for the delay, in a bid to close the process before the Court.

“These moves have to do with Turkey’s effort to delay the process even further, in order to avoid the ECHR examining the cases on the merits” Demetriades noted, and pointed to EVKAF involvement in one of the cases.

EVKAF, claims to have a stake in properties throughout Varosha, contesting Greek Cypriot ownership, and managed to get involved in the process before the ‘IPC’.

“In the case of Varosha questions are raised about the role of EVKAF in the process, for which Turkey`s unilateral declaration remains silent” the lawyer said.

He also noted that the process followed by Turkey can not apply in the two cases before the ECHR, since applicants’ complaints are not limited to delays in the process, but also concern the ineffectiveness of the ‘IPC’ in relation to their property rights.

Applicants have time until February 28 to reply to Turkey’s unilateral declaration. After that the Court will decide whether to accept Turkey’s application and close the case or not.