Anastasiades: NHS to be implemented as agreed 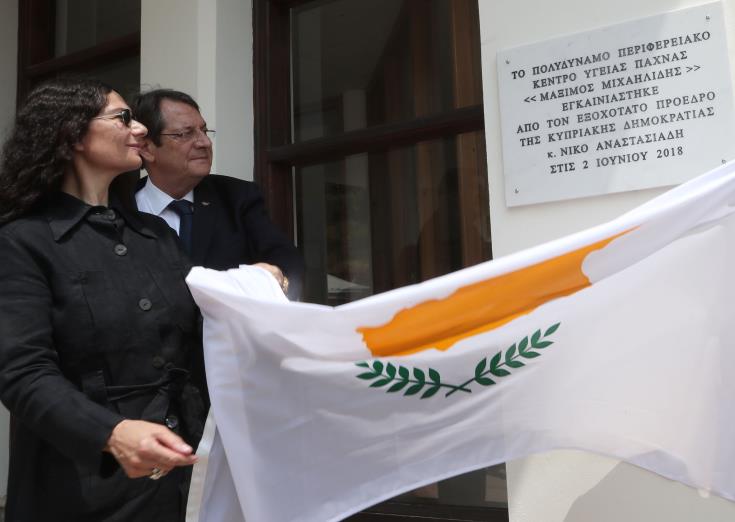 President Nicos Anastasiades vowed on Saturday that the national health system (GESY) will be implemented within the deadlines agreed following adoption by Parliament of the relevant bills, “even if some do not want it to happen and are opposed”.

He was speaking during the inauguration of the Regional Health Centre Maximos Michaelides in the village of Pachna, in the Limassol District.

He said that the government is well aware of the problem in the health sector and has decided to introduce all the required reforms, so that all the hospitals and clinics operate smoothly. The President added that the government is working in cooperation with the doctors’ trade unions in order to explore ways to meet their long standing demands and to move forward with the empowerment of the hospitals and the implementation of the GESY.

He added that despite  opposing ideas, the GESY will be implemented as  agreed because this is what people demand and this is what all political parties have decided upon.