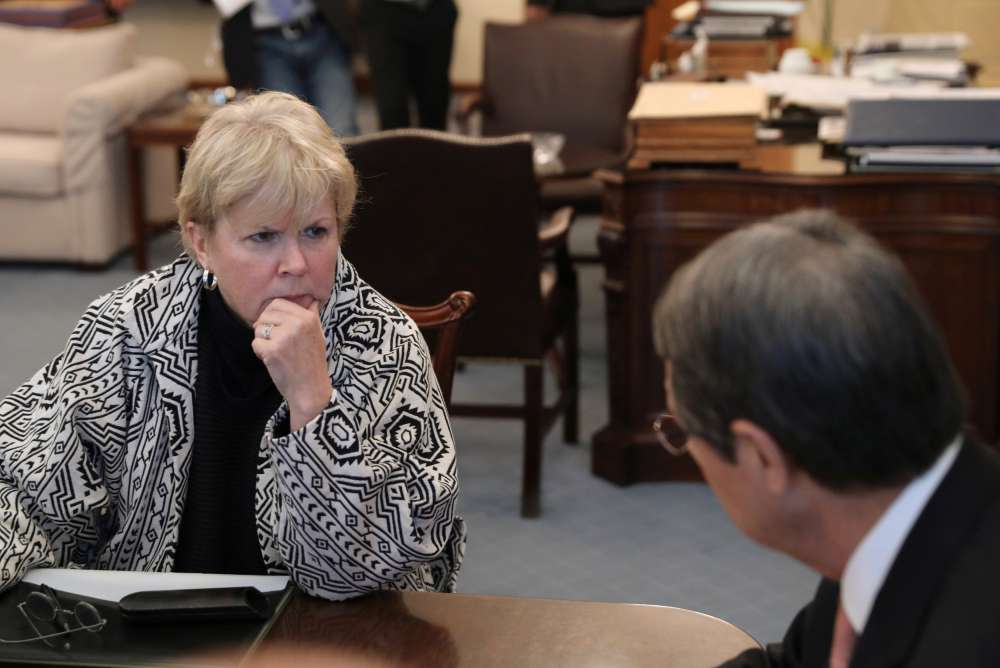 President Nicos Anastasiades is in contact with UNSG Special Envoy Jane Hall Lute and expects there to be some developments soon, Government Spokesman Prodromos Prodromou has said.

He added that what is expected are specific steps as regards the terms of reference that will lead to a new round of talks.

Meanwhile, Greek Foreign Minister Giorgos Katrougalos is scheduled to meet  Lute on Friday in the US capital.

He told reporters when asked in New York at the end of his contacts there, that it was up to Lute to visit the region.
We remain firm in the need to have a resolution to the Cyprus problem that will be based on UN decisions and international law, said Katrougalos.

He further added, “we will do anything towards this”, noting that on April 12 they agreed with Turkey to hold an exchange of views on the international aspect (of the problem), adding he hoped that a new round of negotiations should be well prepared to yield results.

Speaking to the press on Sunday, Cyprus’ government spokesman said that what was of most importance was for Turkey to respond positively to UNSG’s initiative for the resumption of the talks. Prodromou added that the discussions of issues related to security depend very much on Ankara’s position.

According to Prodromou, the two countries currently have a common planning and referred to statements made by French President while on a visit to the island that Cyprus provides services to France and other countries in the framework of the security planning in the Eastern Mediterranean.

He said that French aircraft carrier Charles de Gaulle docked at the Limassol port along with ships from Britain, Denmark and other countries and added that we promote the bilateral relationship with France in the areas of cooperation and security and when we have specific results, these will be announced.

Cyprus has been divided since 1974, when Turkish troops invaded and occupied 37% of its territory.
Talks under the UN auspices aim at reuniting the island under a federal roof. The latest round of talks ended inconclusively in the summer of 2017 at the Swiss resort of Crans-Montana.

By In Cyprus
Previous article
Cyprus sad exception of violence against bird activists in the Med
Next article
Unemployment in Cyprus drops to 7.1%