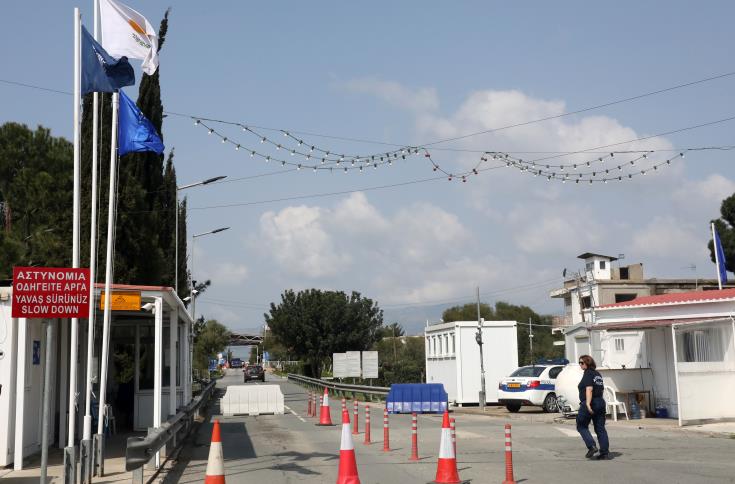 President Nicos Anastasiades spoke on Thursday on the phone with the Turkish Cypriot leader Mustafa Akinci, and discussed the issue of crossing points.

As CNA learns, the exchange took place at noon, at the initiative of President Anastasiades.

Last Tuesday, Dr. Leontios Kostrikis, a member of the Scientific Committee on the pandemic, was asked during a press conference about the ways the scientific team will be able to ascertain the epidemiological situation in the Turkish-occupied areas of Cyprus in order for the crossing points to open.

Kostrikis replied that the scientific team will likely ask specific questions on epidemiological and demographic data through the Bicommunal Technical Committee on Health, while also providing the same data for the government controlled areas.

Sources from the bicommunal Technical Committee on Crossings told CNA that no involvement has been requested for this matter on their part, as the issue does not concern the opening of new crossing points but the reopening of existing ones.

Turkish Cypriot authorities prohibited all crossings from mid-March. On April 11 the prohibition expanded to include the diplomatic corps and members of the UN.

The Republic of Cyprus on February 28 suspended the operation of four crossing points (Ledra Street, Astromeritis, Lefka and Dherynia), as a precaution against COVID-19, but continued to allow crossing in another five crossing points taking all necessary precautions.

By In Cyprus
Previous article
Cyprus’ firefighting capabilities boosted with 2 aircraft, 2 helicopters
Next article
Clarifications on use of a/c at home, common areas