Anastasiades, Akinci agree on opening of two checkpoints on November 12 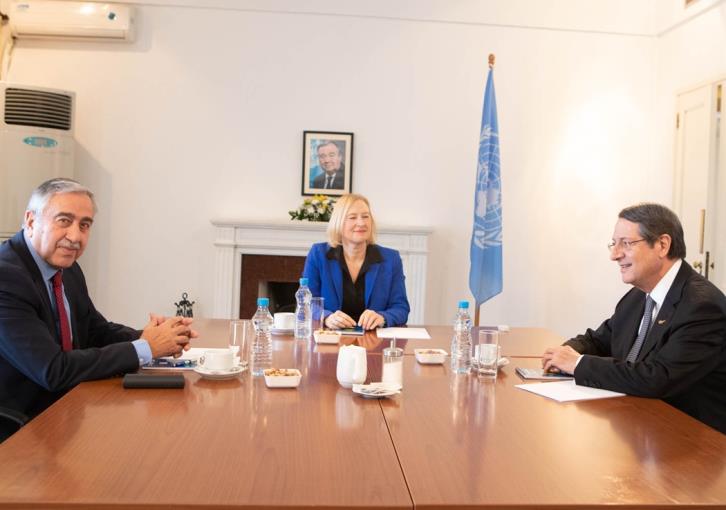 Two checkpoints — one at Lefka/Aplici and the other at Deryneia will open on November 12, President Nicos Anastasiades said on Friday.

He spoke at the Presidential Palace on his return from a meeting with Turkish Cypriot leader Mustafa Akinci at the home of UN special representative Elizabeth Spehar.

There were no statements to the media at Spehar’s home. But a joint statement released by the UN a little after their meeting said “The leaders are pleased to announce that on 12 November 2018, crossing points at Lefka/Aplici and Deryneia/Derinya will be open.”

The statement added that the two leaders had had “a frank exchange of views on the way forward.”

“They confirmed their readiness to engage constructively with Ms. Jane Holl Lute, who will be visiting the island on 31 October 2018,” the statement concluded.

On his return to the Presidential Palace, Anastasiades said his meeting with Akinci had been creative, with a free exchange of views. A decision was taken to open the two checkpoints, he added. There are presently seven checkpoints dotted along the 180-km ceasefire line which is patrolled by United Nations peacekeepers.

Anastasiades said he had had the opportunity to share his views on the decentralisation of powers in a functional settlement that can create a state completely in compliance with EU provisions.

Today’s was the first meeting between Anastasiades and Akinci since April, when they met socially.

U.N.-led peace talks between the two sides collapsed in acrimony in Switzerland in July 2017, mainly due to disagreement over the future role Turkey could play in a post-settlement Cyprus.