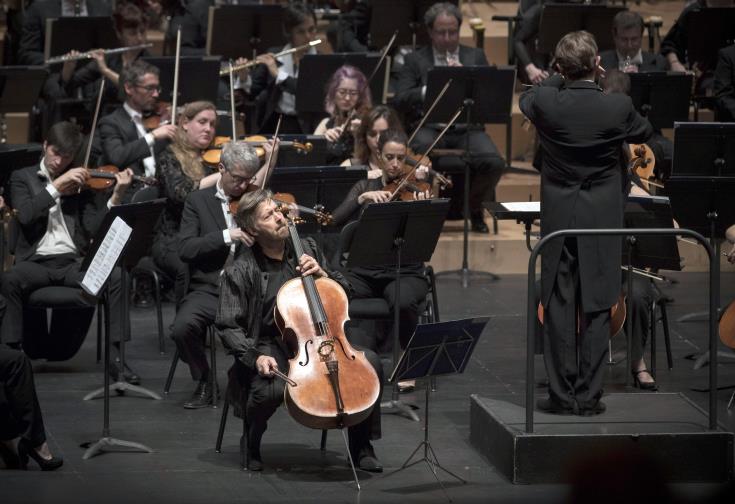 “Kypria” International Festival 2018 is set to open its doors on September 1, with the Royal Concertgebouw Orchestra, Amsterdam (RCO) performing for the first time in Cyprus.

According to the festival’s website, RCO will be performing Wagner’s Prelude to “Die Meistersinger von Nürnberg” at the Curium Ancient Theatre, under chief conductor Daniele Gatti, sharing the music stand with young Cypriot musicians.

On September 9, 10 and 11 Martino Tirimo and Atsuko Kawakami will perform “The Dance In The Music” in Nicosia, Limassol and Paphos, in memory of Nicholas Economou on the occasion of 25 years since his death.

The Martha Graham Dance Company will perform in Limassol, Larnaca and Nicosia on September 12, 14 and 16, respectively.

Graham composed 181 choreographies and a dance technique whose scope and magnitude has been compared to ballet. Her approach to dance and theater revolutionized the art form and her innovative physical vocabulary has irrevocably influenced dance worldwide.

On September 14 and 15, the audience will have the opportunity to enjoy “Captivating Jazz” with the Ioannou/Vafeas Quartet featuring Grant Stewart.

According to the organizers, for the first time in Cyprus, jazz lovers on the island will have the opportunity to see live on stage Grant Stewart “one of the best saxophonists of our time.” The N.Y. based saxophonist, who counts 17 personal albums, has built his brilliant career in the Mecca of Jazz by performing and recording with some of the best for over 30 years.

The Canadian virtuoso will join forces with the Ioannou/Vafeas Quartet to perform some of the most beautiful melodies of the American jazz history, it is added.

The festival also features various performances for children and adults alike, including Hansel and Gretel and Ntenekedoupoli (Tin City).

Other performances include “The servant of two masters”, one of the best-known works of Carlo Osvaldo Goldoni, “Echo” by Join the Dots, with Marilena Kyriakou, Georgina Tatsi et al., and “Acordes” Guitar Ensemble, directed by Zooula Paisanou, with the participation of soprano Marisa Anastassiades.