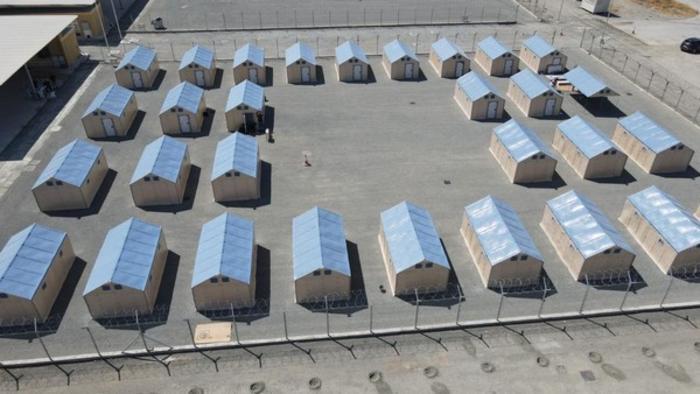 During a ceremony today, Ambassador of Poland Ms Irena Lichnerowicz handed over 80 refugee housing units for the needs of the new Reception Centre for Applicants for International Protection ‘Limnes.

Interior Minister Nikos Nouris, spoke about the “true meaning of solidarity which goes beyond words and is put into practice.”

He added that “One year ago, when we started discussing the European Pact on Migration and Asylum and the need for true and mandatory solidarity towards the front-line Member States, Poland, through its Ambassador came forward and put in practice the theory behind the script.”

Minister Nouris expressed his gratitude to the Polish Government for donating the housing units and hence putting solidarity into practice.