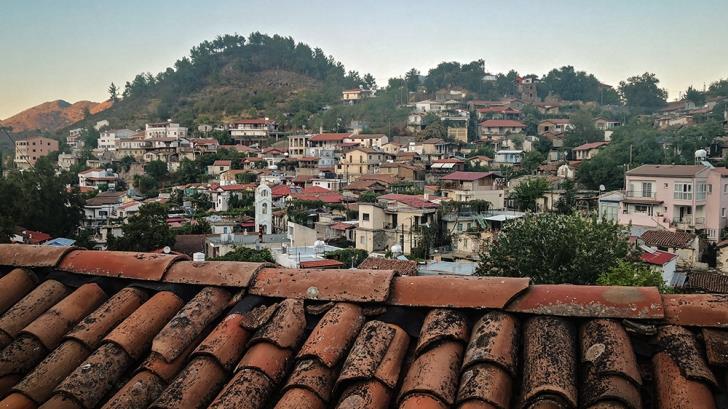 Asylum seekers are looking for housing in villages such as Palaichori after struggling to find affordable accommodation in the main towns, Nigel O’Connor reports for Al Jazeera News.

Cyprus has the highest proportion of asylum seekers per capita in the European Union and authorities have been pressing for a more equitable burden sharing.

“Due to affordable rental prices, Palaichori, like many nearby villages, has become home to increasing numbers of African asylum seekers who are escaping homelessness in the expensive cities of Cyprus,” reports Al Jazeera.

From January to July this year, 7,812 new applications for asylum were made in Cyprus.

“I was homeless and sleeping in a church in Nicosia but there were too many people there and it wasn’t healthy,”  Fidelis, a Cameroonian who fled his country’s civil war two months ago told the website.

“Somebody told me there might be cheap housing in this village so I came on the bus one day to look. I didn’t know anybody here but luckily I met someone from Cameroon and they helped me find a place.”

He shares an apartment with five other people and says that although some residents look at him as a stranger, others have been generous.

“There are good people here also. Everything we have in the house was given by locals,” he says.

Palaichori Mayor Theophilos Miltiades told the site that the village of 500 people is now home to between 40 and 50 asylum seekers. The reaction has been mixed with some people more welcoming than others.

Miltiades said the asylum seekers’ arrival came without any notification or assistance from authorities and that some small houses are hosting up to 12 people.

“One morning we just found a group of people wandering around asking if there were houses for rent, so we helped to find some accommodation,” he told Al Jazeera.

Authorities told him their could not help but jobs have been found for some of the asylum seekers, he said.

“After three days in a reception centre, new arrivals are told to leave and find themselves accommodation. More and more people are being pushed into squalor due to the lack of affordable accommodation,” she added.

The benefit payments are considered temporary until asylum seekers can find employment, but they are only allowed to work in a few sectors of the economy, all low paying.

By In Cyprus
Previous articleLarnaca: 79 year old pedestrian hospitalised after being hit by car
Next articleCypriot Beach Tennis star ‘tests’ US snacks in latest Buzzfeed video