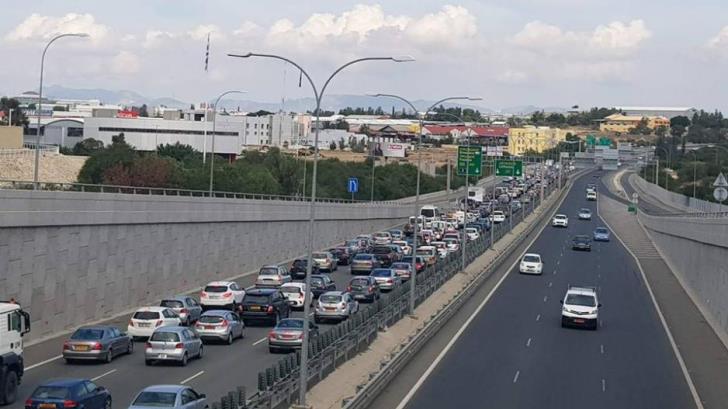 Akel general secretary Andros Kyprianou and Nicosia Mayor Constantinos Yiorkadjis talked of ways to resolve traffic congestion problem in  the capital that has become all the more acute with more cars on the streets because of inadequate.

In its attempt to solve the problems, the municipality is carrying out improvement works in the city which creates even further inconvenience to the public for which it apologises, he said but added that it has a responsibility to upgrade the road network.

“A European capital like Nicosia there should be pavements accessible for all citizens including disabled people; I think it’s unacceptable that Kallipoleos doesn’t have any pavements. I also believe it’s unacceptable that Kyriakos Matsis Avenue, a street that begins from the Presidential Palace doesn’t have any pavements available for people to use which puts his or her life in danger,” Yiorkadjis said.

“This problem can be resolved,” Yiorkadjis says and mentions the mobility plan drawn up in 2010. “Citizens have had enough, they cannot wait any longer,” he said.

Akel’s Andros Kyprianou said that this problem should be dealt with collectively and that the Ministry of Transport should utilise any plans in place to resolve this problem.

“The solutions should not be one-dimensional but comprehensive, given that other cities operate international standards which are safe for its citizens” he added.

The mayor told Kyprianou that there are current restrictions on public contracts which prevent contractors from working extra shifts in the evenings and the weekends so that the works can be completed earlier.