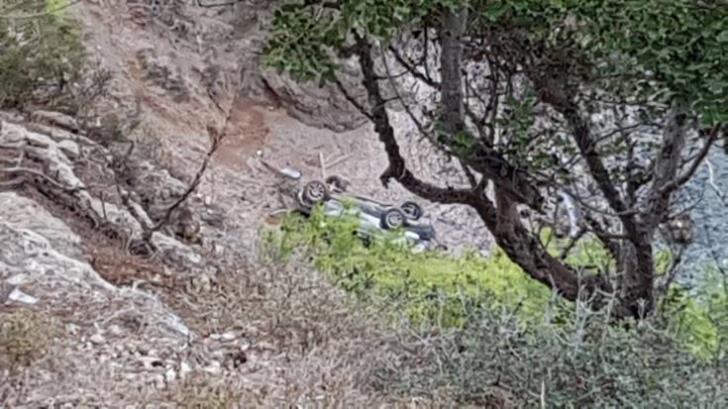 Akamas communities had warned that the road where a Russian couple were killed after their car plunged off a 30 metre cliff  near Aphrodite’s Baths was extremely dangerous.

Community leaders had told Agriculture Minister Costas Kadis during a recent meeting on the Akamas at the Paphos Chamber of Commerce that the specific spot was a major problem.

In statements after yesterday’s accident, Neo Chorio community leader Andreas Christodoulou described the spot as a ‘killer’ because it was so narrow.

For their part, the Greens said the ‘road’ — which it said was not a registered road but a path — should close to the public and be accessible only to ambulances, the fire service and the forestry department.

Meanwhile, police have released the names of the Russian couple whose car went off the cliff in the Kakoskali area, near the Aphrodite Baths in the Akamas on Saturday afternoon.

They were named as Morizov Yuri, 58 and Elina Suzhuyevskaya, 48. They were in Paphos on holiday and were due to leave on Wednesday.

The car was spotted by a member of the public who contacted police. The fire services used a special vehicle to access the car  and the bodies were taken by police boat to Polis Hospital where doctors pronounced the couple dead on arrival.