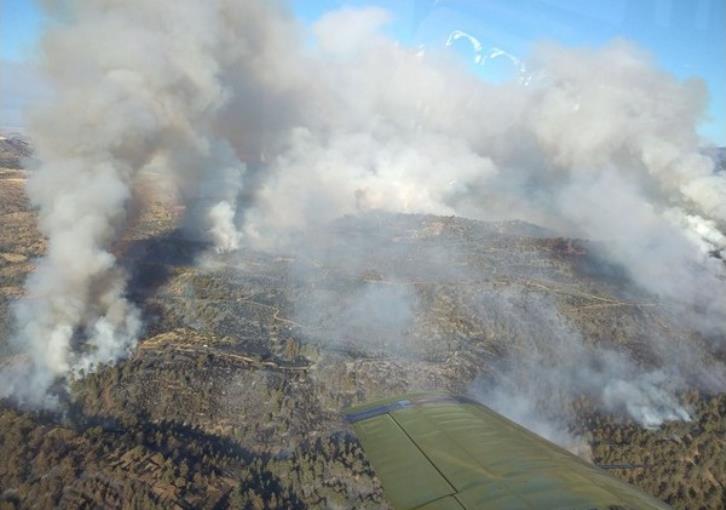 Agriculture Minister Kostas Kadis today visit the area that has been affected by the fire at Agia Marina Xyliatou. He said that the largest part of the areas that has been burned is forest area and added that the state will support people who have been affected. At the same time he spoke about a huge mobilization and very good coordination of the effort to put out the fire.

He praised the fire-fighting forces and the volunteers noting that even now there are aircraft and forces aiming to put out the last sources of fire. As he said, it has been a huge effort with the participation of many forces.

He also referred to the important role of the Mammari airborne fire-fighting operation used for the first time.

By gavriella
Previous article
China launches crewed spacecraft Shenzhou-12 in historic mission
Next article
Where to get a free rapid test on Friday, 18 June