Aglantzia construction works soon to be over 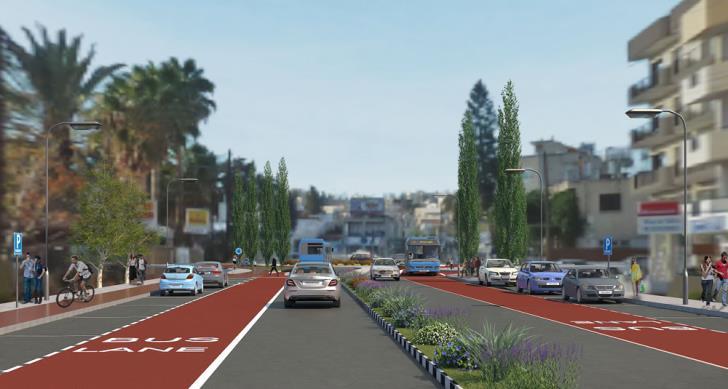 Construction works at Nicosia’s Aglantzia, Larnaca and Ammochostos Avenues will officially be completed next Friday, August 10, after 2.5 years (having started in January 2016). but will restart three weeks after at the end of August, this time for the construction of pavements.

In addition, trees will be planted along the three aforementioned avenues. Tree planting is set to start in October and will last for two months. There are currently efforts by the municipality to secure funds for equipping the avenues with benches, garbage bins, bus stops etc. The planned project is completed, but the contractor is still obliged, to make necessary re repairs without additional charges if problems arise.

After their reconstruction, the three avenues will have special bays for bus stops and for short-term parking. However, these bays and parking spaces are quite narrow,  Phileleftheros reported.

It said that cars parked in them occupy the whole space, so when the driver tries to get out of the vehicle, the door that opens blocks part of the left lane that passing cars use. Drivers who choose to park there are therefore warned to be careful when opening their car doors.

However Aglantzia Mayor Charalambos Petridis  said wider parking places would only be possible if buildings were demolished and that was impossible. As he noted, all these inconveniences stem from the fact that these necessary construction works came 10-15 years late. The mayor considers the construction of the new avenues to signify a new era in Aglantzia bringing much needed stability and the possibility of new investments in the area. The rise in traffic will continue, according to the mayor, who called for incentives so that citizens can stop using their vehicles as much and consider alternative means of transport.

New construction works are planned for Aglantzia within 2019 including the construction of a bicycle lane in Makariou Avenue by the end of the year. A bicycle and a pedestrian lane through Athalassa park, leading to Geri is also in the works.

The mayor noted that flood mitigation works were also completed in the area of Kathari at a cost of €700.000.