After 17 years, the new Nicosia Town Hall is finally ready 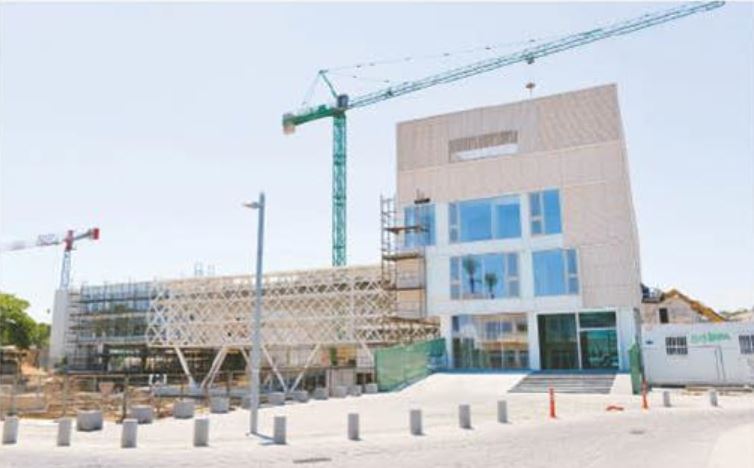 The new building of the Nicosia Town Hall, or the ‘municipal palace’, as the buildings where the various municipal services were housed were used to be called -often regardless of how they looked- is finally ready.

The construction works of the new City Hall began in December 2001, but they stopped almost immediately because of archaeological finds in the area when exploratory excavations began. Despite the fact that the works lasted only two days (at a cost of € 59,000), the municipality paid € 1.3 million! The reason for this is that the municipality did not include in the contract a provision stating that in the case of archaeological finds the contractor should not be entitled to claim damages.

The two sides resorted to arbitration and it was decided that the municipality would have to pay € 830,000. The contractor disagreed and appealed for a claim of € 6.8 million. The Court awarded the contractor € 1.088.000, which amounted to € 1.9 million with interest. After a “friendly” settlement, the contractor accepted to receive € 1.3 million.

The first department to be moved to the new building is the IT department, in about a month. In the next few months, the remaining departments will follow. The IT Department will pave the way for any service moving to the new building, which is to be connected to the central IT system. The Technical Service, will follow: this department was housed in the Lyssaridis building until a few months ago, when it was abandoned after the insistence of several employees that they were in danger due to the building’s condition.

The office and the office dealing with EU issues / programmes will then be moved. At the moment, City Hall services are housed in five different buildings, which was proven to be very pounter-productive.

The sanitary services of the Municipality will, for the time being, remain in the area of the old market where they are today.

By In Cyprus
Previous article
Ancient trees of Cyprus
Next article
Update 2: Letymbou fire under control