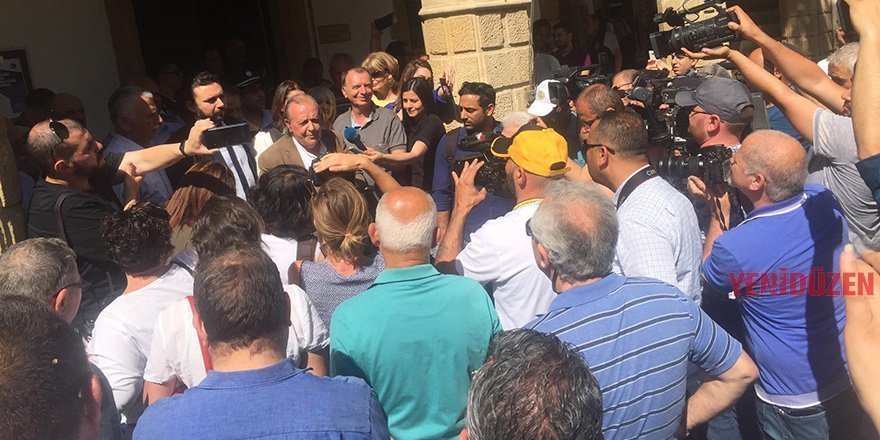 A “court” in the occupied north acquitted journalists Ali Osman and Sener Levent of Afrika newspaper over the publication of a cartoon of Turkish President Erdogan in December following a complaint that it was insulting.

Judge Cenkay Inan today ruled that although the cartoon was provocative, it was not insulting. He also said that the press should not be interfered with in democratic countries.

İnan was applauded in the court hall after he read the verdict.

The lawsuit was filed after a complaint made by the then Turkish “ambassador,” Derya Kanbay.

Writing in his column today, Sener Levent recalls that the then Turkish Deputy Prime Minister responsible for Cypriot Affairs, Recep Aktag had stated that he would personally do whatever he could for Afrika to be convicted.

By In Cyprus
Previous articleEgyptian forces kill 47 militants, lose five of their own men – military
Next articleLabour Minister unveils support measure for disabled