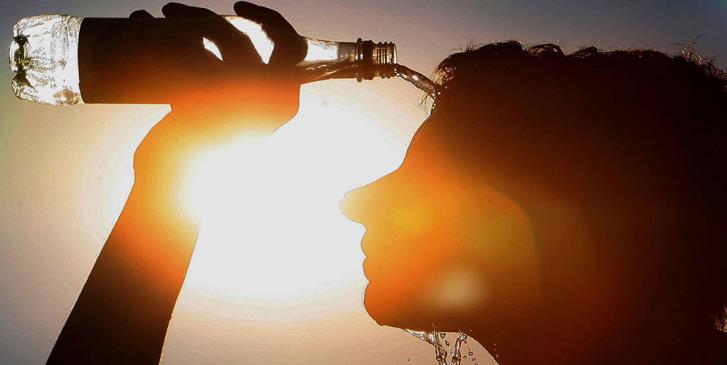 It’s an August feeling across the island, as a low pressure system that continues to affect the area has temperatures soaring to the almost 40s for a second consecutive day.

The Meteorological Service is predicting 39 degrees Celsius inland, with a similar outlook expected to persist through to at least Tuesday, as vulnerable groups of the population, such as children and the elderly, as well as people with long term respiratory issues and other conditions are advised not to venture outside for most of the day, unless absolutely necessary.

Stay hydrated and keep away from greasy, heavy foods.

Temperatures will rise to around 39 degrees Celsius inland, 29 in western coastal areas, 32 in the rest of the coastal regions and 28 on the mountains.

Fine this evening. Winds will mainly be northwesterly to northeasterly, light force three, over calm to slight seas.

Temperatures will drop to 22 degrees Celsius inland and in coastal regions and 17 on the mountains.

Not much difference temperatures and conditions wise over the early part of next week, as  with a slight drop on Wednesday, the first day of the summer, but still much higher than the seasonal average.

By Constantinos Tsintas
Previous article
Iran shows off underground drone base, but not its location, as Gulf tensions rise
Next article
Russia advances in east; Ukraine calls for longer-range weapons