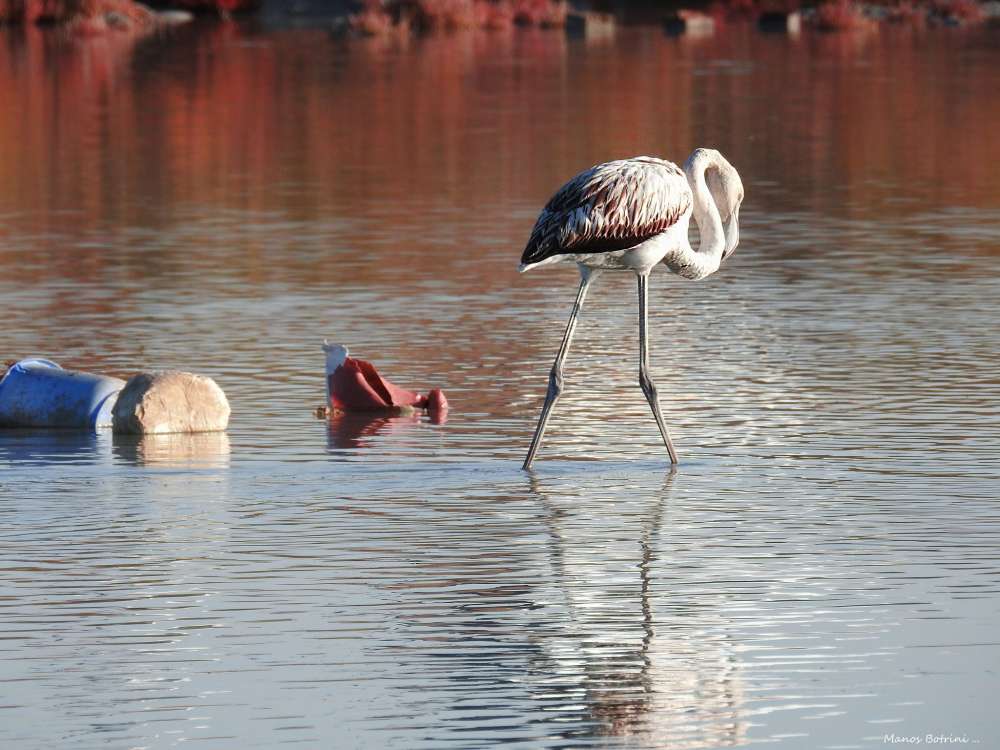 Cyprus from Air made a plea on Tuesday on Facebook against pollution.

The first picture shows the flamingo drinking water from the lake, while the second shows the bird walking past litter.

“Let’s all finally change… You loved the first picture, taken a month ago and showed it with your comments. We showed you its nice side. because the second picture was taken 30 seconds later… The same flamingo walking among scattered litter in the salt lake. We deserve something better,” Cyprus from Air said.

By In Cyprus
Previous articleSalamina-Magusa F.C. friendly football game in Pyla (pictures+video)
Next articleBirdLife International in appeal to save the Eurasian Blackcap (video)