A ‘battle’ of blunt-nosed vipers in Paphos’ forest (video & pics) 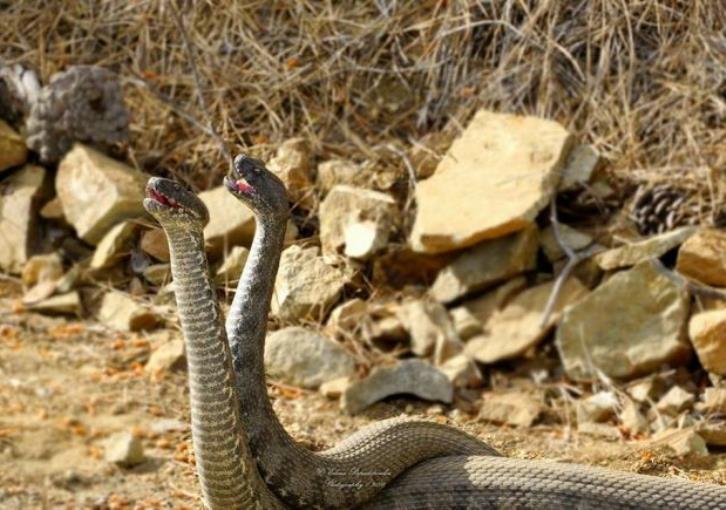 People who love to wander while seeking to explore the natural beauties might be familiar with snakes and other reptiles. But even in this case, the following spectacle is still very striking for everyone! 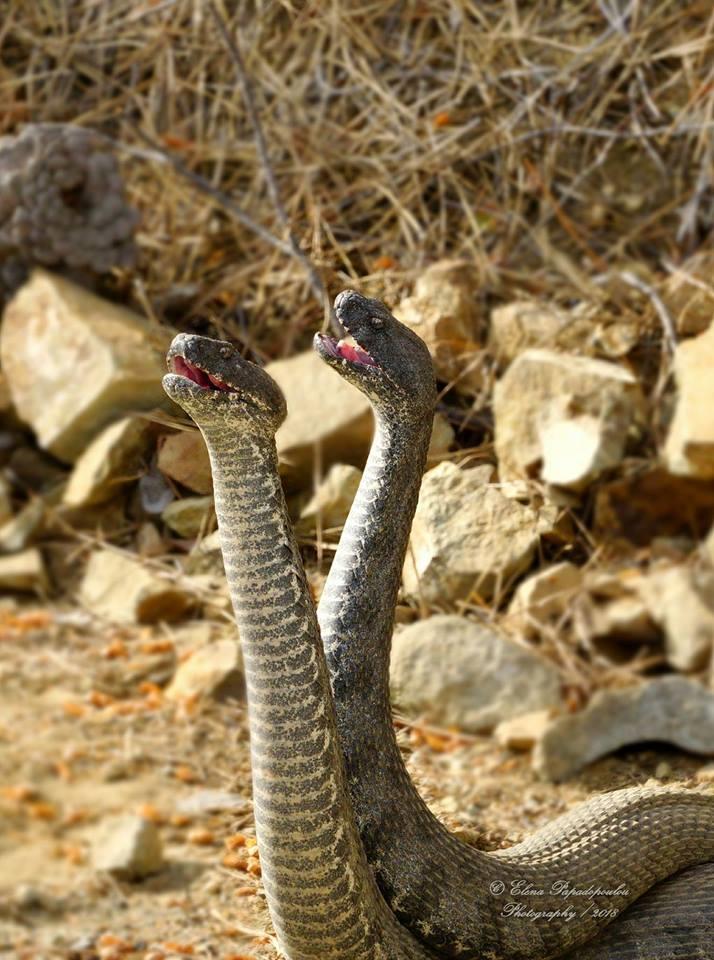 This is happening because it’s not common to see two blunt-nosed vipers (fina or kontonoura-the second comes from the translation of Greek Cypriot dialect for “short-tailed”) wrapped the one over the other and moving in a strange way. More specifically, a few days ago, several photos and a video had been uploaded at the ‘Biodiversity of Cyprus’page on Facebook, indicating two wrapped snakes, located in the Paphos forest. 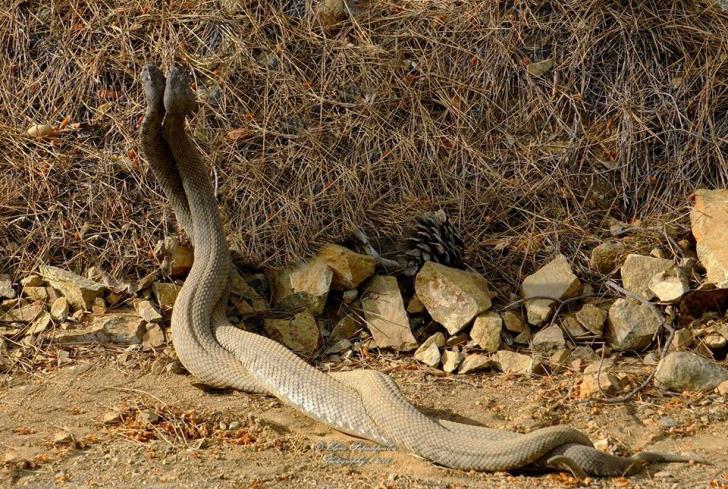 However, views on this act still remain divided, as some people argue that it is about a coupling ritual, while others insist that actually the male blunt-nosed vipers are battling for dominance.

On their part, experts explain that the second view seems more probable, as snakes use to stay immobile during mating rituals!

Watch the video below: