75th anniversary of the liberation of Auschwitz Birkenau 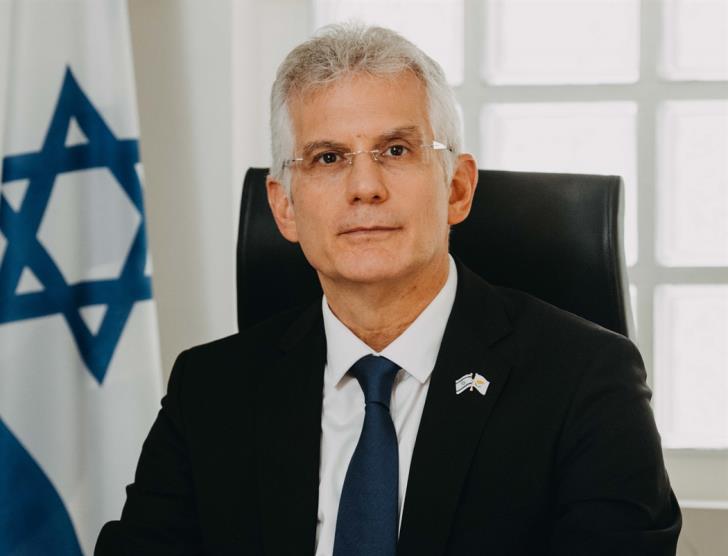 By Ambassador of Israel Shmuel Revel

27th January 2020, the International Holocaust Remembrance Day will mark this year the 75th anniversary of the liberation of Auschwitz Birkenau concentration camp. To commemorate this occasion, the President of Cyprus, H.E. Mr Nicos Anastassiades, participated together with other world leaders in a High Level Forum at the “Yad Vashem” World Holocaust Remembrance Center in Jerusalem.

The Embassy of Israel, through an excellent cooperation with the Ministry of Education and Culture of Cyprus, has organized also this year a series of events on Holocaust remembrance, including an educational exhibition, screening of a documentary film and a school project competition. First and foremost, Ms Lola Angel, an 82-year-old Greek-Jewish survivor, will visit high schools in various Cypriot cities, to share with students her own personal testimony of the events and the horrors of the Holocaust.

The Holocaust is the darkest chapter of Human History. Six million Jews – men, women and children – were exterminated by the Nazis and their accomplices. Out of the 1.1 million people who died at Auschwitz one million were Jews, most of them murdered in the gas chambers.

The message delivered by the Holocaust survivor and renowned writer, Elie Wiesel, exposed the dark reality at the death camps: “Not all victims were Jewish in this place, but all Jews were victims”.

The people of Cyprus have a special connection with the Jews who survived the Holocaust. Following the end of the Second World War, more than 52,000 Jews, were confined in British colonist detention camps on the island in the years 1946-1949. Cyprus was their last stop before fulfilling their dream to reach the newly born state of Israel.

One particular story, out of many, is the one of Mrs Helena Hamermesh. She was born in 1918 in Ukraine and, during World War II, she was deported to Auschwitz-Birkenau Extermination Camp. In the selection in Auschwitz, she was separated from her husband, Dr Avraham Hamermesh. She fell ill and almost died, but at last she survived. After the war, Helena was convinced her husband was killed.  Together with 1,568 other Jewish refugees they sailed from Italy in March 1947 aboard the “Moledet” (“Our Homeland” in Hebrew), but she was deported to the camps in Cyprus.

Once here on the island, her personal story started to change from darkness to light. Someone told her about a man named Hamermesh, who was also in the camp and hence she was reunited with her husband. One year later, while still in the camp, Helena gave birth to a baby girl and shortly after they were allowed to return to Israel.  There they joined the national efforts to revive the Jewish State.

Helena was blessed to have two children and 6 grandchildren. She passed away in 2010. Helena Hamermesh was a very special person who survived the horrors of the Holocaust – death camps and hunger, lost almost her entire family and still remained optimistic and loving without boundaries, in spite of everything.

It is very important to retell history, in particular, in order to avoid the evil from being repeated. As the great philosopher Plato said: “Άγνοια, η ρίζα και ο μίσχος όλου του κακού» (Ignorance is the root and stem of all evil).

This is especially relevant today when, unfortunately, Antisemitism is rising sharply across Europe and around the world. The lesson of the dark past in Europe is a fundamental pillar in the fight against this phenomenon.

The leaders of the world must stand up to condemn Antisemitism and act against it. In this context, the decision of the Government of Cyprus to adopt the working definition of Antisemitism, as employed by the International Holocaust Remembrance Alliance, is an important step. This coincides with the initiative of the Ministry of Foreign Affairs of Cyprus to apply for observer status at IHRA.

These crucial decisions will no doubt further contribute to the close ties between Israel and Cyprus, to our common efforts to combat Antisemitism, hatred and racism, and to cement our shared moral values.

In view of the growing current threats, remembrance of the Holocaust is fundamental. As we remember this dark period of history, we emphasize: “Never Again”!

Just the same, we have to work tirelessly against the dangers of Antisemitism, racism and xenophobia.

We must remember the past to ensure our future.