67-year-old accused for the deadly fire, free with restrictive measures 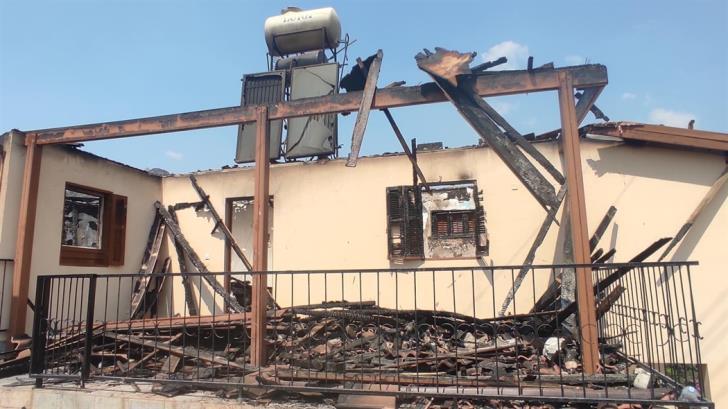 A 67-year-old man accused in relation to the fire which broke out on July 3 and led to the death of four people, today appeared before the Limassol Permanent Criminal Court.

After being interrogated at the Limassol Criminal Investigation Department (CID), it was decided for the 67-year-old was to be brought to direct trial for the counts of setting fire to plantations and starting a fire outdoors.

Interrogations regarding the four deaths caused by the fire have not yet been completed.

Authorities received a testimonial from a key witness who had recorded video footage on his cell phone, showing the fire commencing right in front of the 67-year-old’s field.

Interrogators also obtained over 100 additional testimonies against the accused.

The 67-year-old denies any involvement to the crime.

The Court decided that the man will go to trial on 6 September. Until then he will sign a 50,000-euro guarantee, will submit his travel documents and will appear to a Police Station three times a week.