4.3 million batteries recycled in Cyprus in 2018 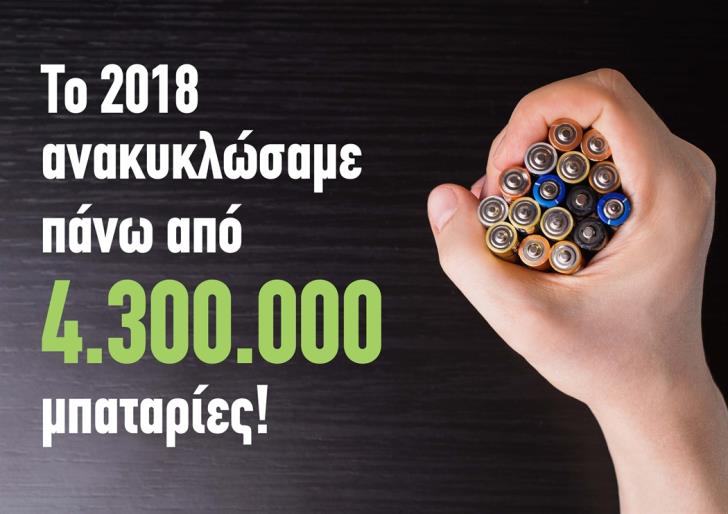 There has been an 18% annual increase in the number of batteries collected and recycled in Cyprus last year, figures released by AFIS Cyprus show.

AFIS Cyprus is the network responsible for managing the collection of used batteries.

It said that with help from the public is had collected 77 tons of batteries – approximately 4.3 million – last year which is 18% up on 2017.

This is a record number for the organisation which has now set itself the target of collecting 90 tons of batteries in 2019.

AFIS Cyprus has thanked everyone for the cooperation and particularly the public for their response.

AFIS Cyprus was founded at the initiative of the Cyprus Chamber of Commerce and Industry (CCCI) as an umbrella organisation and its shareholders are companies – importers of batteries liable in the Republic of Cyprus.

A non-profit Organisation, it is responsible for the collection and recycling of all types of household dry cell batteries weighing
up to 2 kg and aims to achieve the national recycling targets in the most efficient way, with the active participation of citizens.

Batteries contain toxic chemicals that are very harmful to the environment and to public health, when they are not disposed of properly. These chemicals can contaminate the soil, the water and the air and can be accumulated in animals and humans.