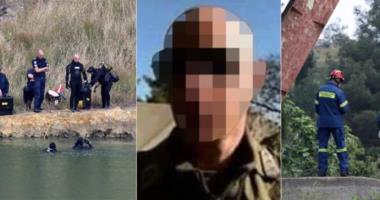 Police on Wednesday afternoon rearrested a 35 year old Greek Cypriot man — already in custody as a suspect for two murders — in connection with a third case.

The new arrest warrant was issued after police obtained testimony relating to a new case of premeditated murder and kidnap with intent to murder, police said in a statement.

They said the suspect, who is an officer in the National Guard, will appear before Nicosia District Court on Thursday where police will request an extension to the remand order in connection with the new case.

The police announcement did not elaborate further.

But philenews said that although a third body has not been found, the arrest relates to a woman who has been missing since December 2017 and whose mother had appealed for her daughter to be found.

The announcement came as authorities continue to search an abandoned mine shaft at Mitsero where the bodies of two women were found.

The search continued all day on Wednesday with fire chief Marcos Trangolas saying that 95% of the mine shaft has been searched with special robotic cameras and that nothing has been found so far to raise suspicions.

He said that 10 metres on the east side of the 130 metre deep shaft remain to be searched and this will be done on Thursday.

Meanwhile, authorities will tomorrow start installing special equipment at the Xyliatou lake that will allow a specialist diver to search for the body of the six year old daughter of the first victim.

The suspect has told police that he dumped the body in the lake after the girl died at his house. The underwater search is expected to start on Friday.