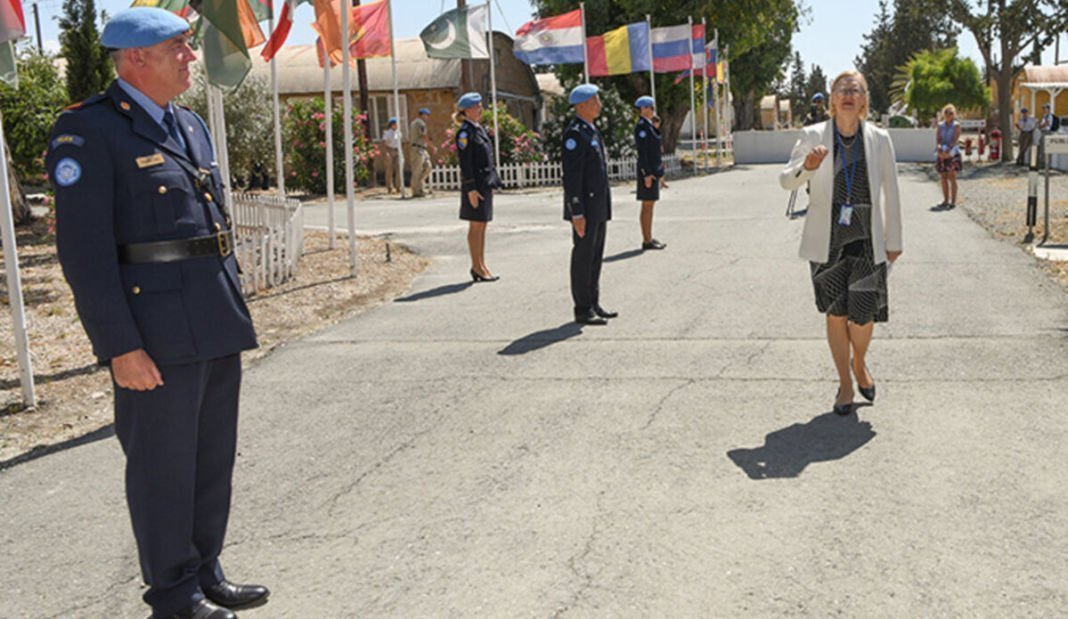 A total of 26 UNPOL officers from 12 contingents were awarded medals for their peace service at a Medal Presentation ceremony for United Nations Police in Cyprus held earlier this week at the UN Protected area within the buffer zone.

Special Representative of the UN Secretary-General in Cyprus and Head of UNFICYP  Elizabeth Spehar praised the service of the officers.

“It’s a special day for these 26 deserving UNPOL officers who receive their medals today, two days prior to International Peacekeepers Day, which is commemorated every year on 29 May. The unprecedented challenges they faced in carrying out their duties during the COVID-19 pandemic embody all the IPD stands for, and we salute them,” she said.

The Senior Police Advisor and Head of the Police Component of UNFICYP is currently Chief Superintendent Fang Li, from China.

From the 62 Police Officers currently deployed to UNFICYP, 24 of them are female. This gives UNPOL an admirable ratio of nearly 39% female officers – a point which the mission is justly proud of.

By In Cyprus
Previous articleAnastasiades: Egypt one of our closest friends and a strategic partner
Next articleNew call for applications for free Wi-Fi in municipalities, communities