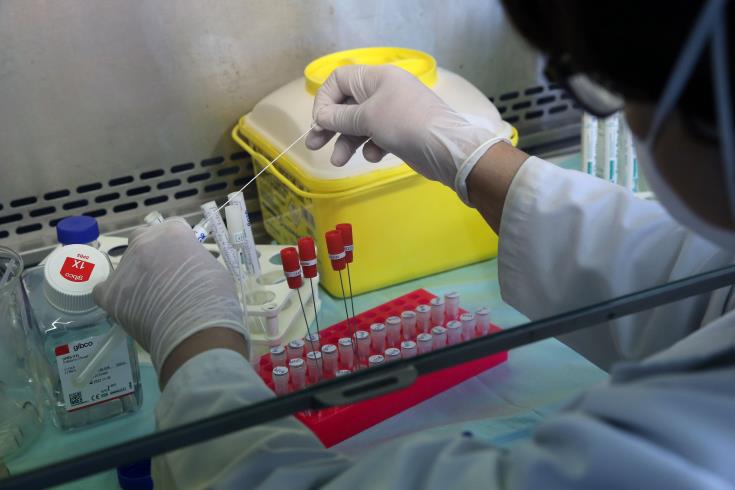 Another 19 people have tested positive for coronavirus, the Health Ministry announced on Monday, marginally below yesterday’s levels (20).

This brings the total number of confirmed cases to 465 (including ten in the British Bases).

Dr Leontios Kostrikis said that of the new cases, seven are from private hospitals in Larnaca and Nicosia.

A baby from Makario Hospital in Nicosia is also among today’s cases.

Six cases that were being investigated in earlier days have been traced back to positive contacts.

He added that 323 of the 465 confirmed cases are from contact with other people found positive to Coronavirus.

11,664 tests have been conducted so far by CING, the microbiology departments of Okypy hospitals and by private labs.

45 people have been cured from the virus to date.

In Aradippou updates, 292 tests were completed today of which two came out positive. 508 samples were taken total from Aradippou of which six were found positive to Covid-19.

In Paphos, scheduled sample taking is ongoing and will conclude tomorrow. 96 tests have been conducted so far of which one came out positive.

Kostrikis thanked citizens for their patience and cooperation and urged them to continue following measures, as the following days are critical to efforts and “leave no room for errors”.

“Today’s numbers are encouraging as to the success of lockdown measures. The low number of cases in the Aradippou area allows for some optimism. When the process is completed in Paphos too then we will have a clearer picture,” he added.

8 people were discharged today from Famagusta referral hospital, said Dr Marios Loizou, and 29 patients are still being treated there, of which five in the special care unit.

11 people are in ICUs; two in Limassol hospital and nine at Nicosia Hospital. Their condition was described as stable but critical.

Another eight patients are being treated in a stable condition in the remaining hospitals.

Loizou said that treatment protocols followed in Cyprus have been recommended by the scientific committee advising the Ministry of Health and are based mainly on the experience of China and the constantly increasing one of Europe and the USA.

He went on to explain:

– In asymptomatic or mild disease no treatment other than monitoring is recommended.

– In mild to moderate disease, azithromycin is recommended with or without hydroxychloroquine.

– In moderate to severe disease, the addition of antiretrovirals Lopinavir / Ritonavir is recommended.

– In severe disease, it is recommended to add remdesivir or tosilizumab depending on the indications.

-Additional drugs such as the antiviral favipiravir (avigan) are undergoing clinical trials and their administration presupposes the patient’s inclusion in each clinical study.

-According to the current international literature, the use of antivirals as chemoprophylaxis is not recommended, although clinical trials have already begun in this area using drugs such as chloroquine and colchicine.

-The most widely used drugs at this time are chloroquine / hydroxychloroquine.

He said that these instructions might change based on the results of clinical trials underway, studies of basic research and the enrichment of global bibliography as the pandemic develops.

He concluded saying that to this point there is no proven effective treatment for Covid-19 nor sufficient clinical data to back the use of one drug over another, “therefore our only defence remains prevention and sufficient time to prepare”.

By Josephine Koumettou
Previous article
Covid-19: 13 complaints against police for ‘arbitrary’ fines
Next article
FM tells those wishing to repatriate to express interest on connect2cy platform