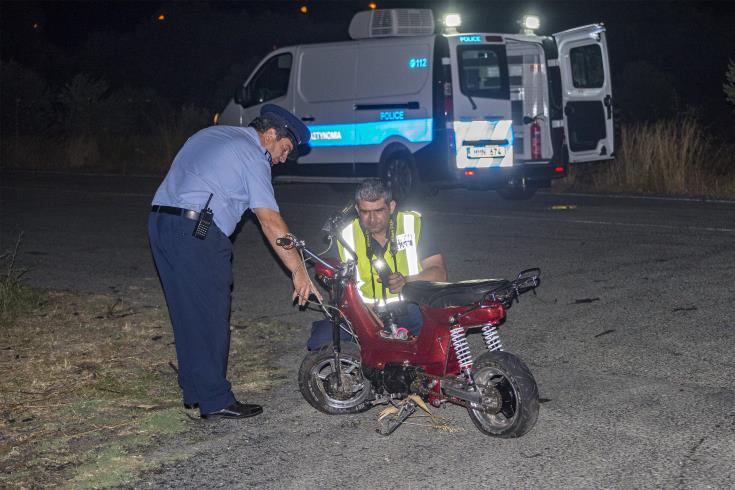 A 17 year youth, Yiorgos Vassiliou, was killed on Thursday afternoon after his moped was involved in a collision with a car driven by a 29 year old on a side road near Episkopi, the Cyprus News Agency reported.

Limassol traffic police head Michalis Michail said that police were notified around 6.20 pm  that the 17 year old had been taken to the casualty department where doctors pronounced him dead.

Police went to the scene of the accident, where after a search they found a moped in the vegetation which appeared to have been moved there.

The driver of a non-registered racing car, a 29 year old,  had called the ambulance but abandoned the scene of the accident and took his car home, before going to Episkopi police station to report the incident.

Michail said both the car and the moped were not registered and had undergone significant modifications.

The 17 year victim is believed not to have been wearing a helmet.  The 29 year old has been arrested.

By In Cyprus
Previous articleEurobarometer: 70% of Cypriots satisfied with household finances
Next articleSlovak tourist found dead in suspected drowning