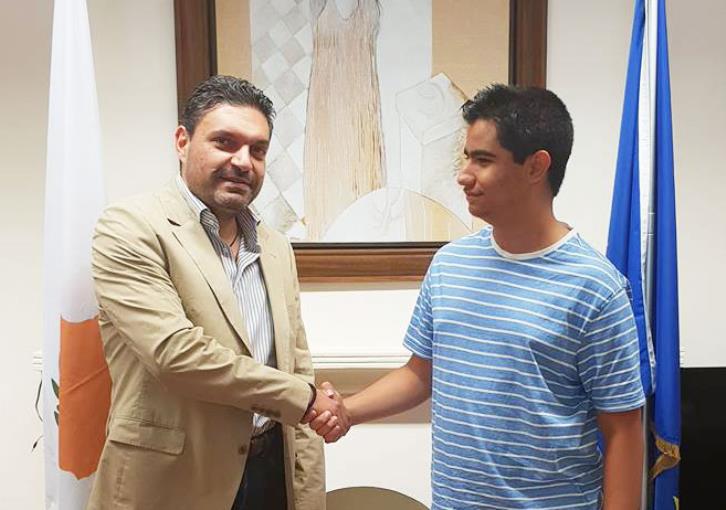 An Iranian teen, Datis Amirkalali, has been granted Cypriot citizenship by Interior Minister Constantinos Petrides in recognition of his stellar academic work.

Born in Iran in 2002, Datis came to Cyprus with his parents in August 2011 where they have applied for asylum.

He attends a private school in Nicosia and is an award winning pupil. Since 2015 he has been participated in the Pancyprian Maths Competitions of the Cyprus Mathematical Society, winning  first prize in 2016, 2017 and 2018.

“Taking into consideration Datis’ excellent academic performance in maths which make him not only an example of academic brilliance but social integration of a migrant in Cyprus, the Interior Minister has decided to grant him Cypriot citizenship,” an official announcement said.
Because he is still a minor, his mother  Behnoosh Salhi was also granted citizenship.

Both citizenships have been approved by the Council of Ministers.