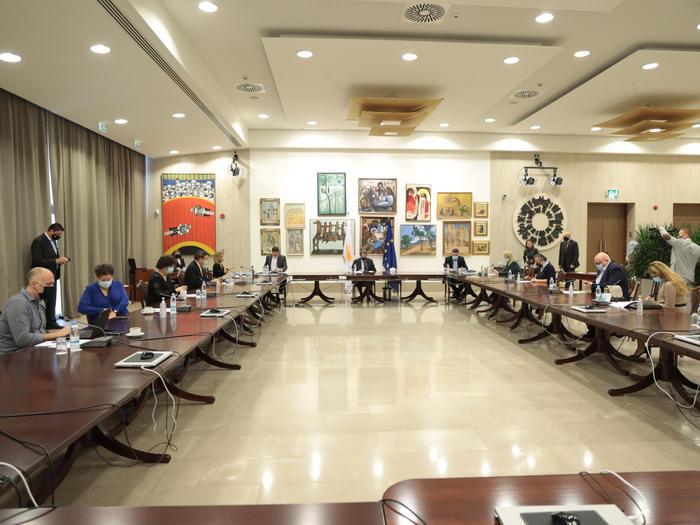 President Nicos Anastasiades and the epidemiological advisory group on covid-19 on Wednesday morning began a meeting aiming to clarify the next steps to be taken to protect the country from the pandemic’s spread.

The new measures, to cover the festive season of Christmas and New Year’s Eve, will be announced on Friday by Health Minister Constantinos Ioannou.

Insiders told Philenews that proposals include the earlier closure and delayed opening of lyceums all across Cyprus over the festive season.

In addition, extension of the measures and restriction already in effect in coastal Limassol district should continue for a few more days.

But with the lifting of the measure providing the  compulsory covid-19 test from all citizens commuting for work to other districts.

This was a measure reportedly not included in the experts’ suggestions even 10 days ago when the government had taken this decision.

Coastal Paphos will probably come out of the almost total lockdown imposed 10 days ago because of its improved situation.

The district will most probably come under horizontal measures that will apply to all other areas of Cyprus.

At the same time, proposals will also include some relaxation during Christmas and New Year’s period of the time the curfew will start and end, as well as the  number of people per gathering.

The horizontal measures to be announced will be in effect till December 30, according to insiders.