140 repatriated on flights from London and Sofia 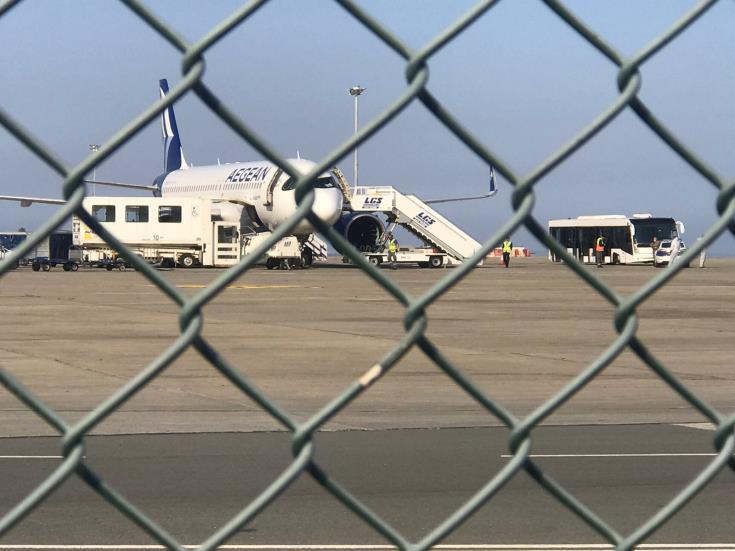 An Aegean Airlines flight from London and a Bulgaria Air flight from Sofia on Monday repatriated a total of 148 passengers who were stranded in various counties abroad, CNA reports.

Aegean brought more than 106 passengers from Heathrow, including students belonging to vulnerable groups who have applied to return as well as others who were stranded abroad.

Among them were Cypriots and permanent residents who were in various countries, among them the UK, Spain, France, the USA and Italy.

The flight was offered by Aegean and Hellenic Petroleum.

On landing, both aircraft parked in the old airport terminal area and passengers were taken by bus to a special area where samples were taken for coronavirus tests.

Passengers who belong to the vulnerable group or had travelled abroad for medical reasons were then taken home where they will remain in self-isolation for 14 days.

The others were taken by bus to quarantine facilities operated by the state for 14 days.

The government is using 11 hotels to quarantine arriving passenger. Today is announced that arrangements were made with additional hotels to double quarantine capacity from the current 1000 rooms to 2000, thereby speeding up the repatriation of eligible groups.

1,000 additional rooms secured for quarantine of the repatriated-Presidential Palace