14 cases of measles in Cyprus in 2018; EU cases surge as pockets refuse vaccination 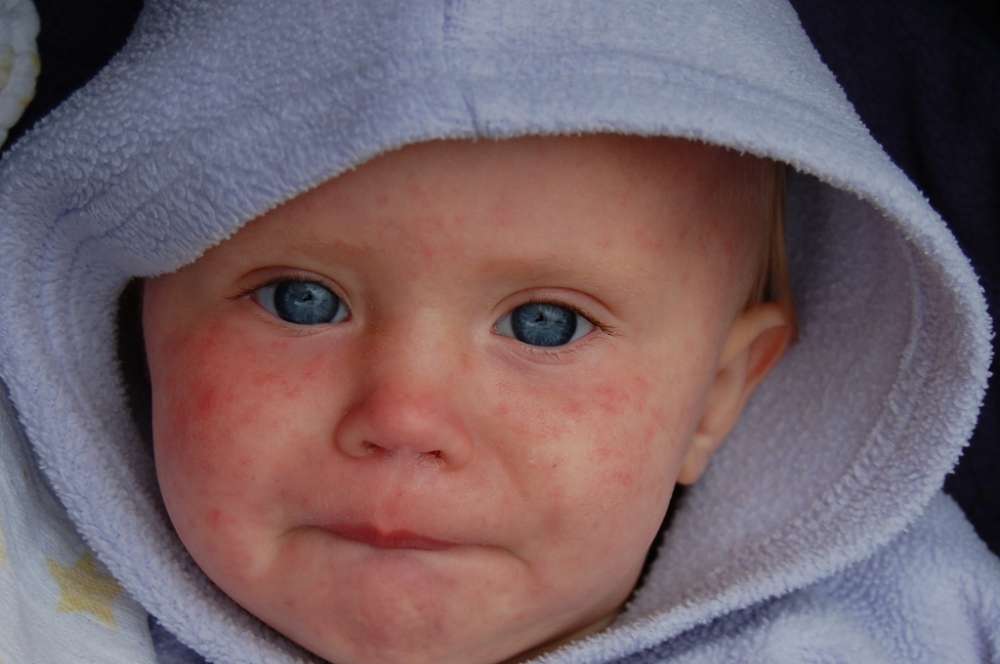 Europe had a record number of measles cases last year, in part due to a growing number of pockets where parents are refusing vaccination for their children, WHO said on Thursday.

At the same time, the WHO said, record numbers of children are getting the vaccine – offering hope that the rise in infections may not last.

“Progress has been uneven between and within countries, leaving increasing clusters of susceptible individuals unprotected, and resulting in a record number of people affected by the virus in 2018,” it said in a statement.

Measles is a highly contagious viral disease that can cause hearing loss and brain disorders in children and, in severe cases, can kill.

Vaccination coverage needs to be around 95 percent to prevent the virus circulating in communities – so-called “herd immunity”.

According to 2017 Ministry of Health data covering children 17-24 months of age, 90% of children in Cyprus were covered against the disease.

In many countries, anti-vaccine campaigners seek to dissuade parents from getting their children immunised, despite strong scientific evidence that vaccines are safe and effective.

In Italy, the co-ruling anti-establishment Five Star Movement has questioned the safety of some vaccines and loudly denounced efforts to make vaccinations mandatory.

In the WHO’s European region, which covers nearly 900 million people, some 82,600 in 47 countries contracted measles last year – the highest number this decade. Of those, 72 cases were fatal. Six of the 53 countries did not report.

In 34 of the countries, estimated coverage with a second dose of measles vaccine was below 95 percent.

“(Immunisation) gaps at local level still offer an open door to the virus,” the WHO’s European director, Zsuzsanna Jakab, said in a statement.

Professor Arne Akbar, president of the British Society for Immunology, said the figures were “extremely concerning”.

Heidi Larson, a specialist in vaccines and public health at the London School of Hygiene and Tropical Medicine, said the increase in cases was a “wake-up call on the importance of building confidence in vaccination”.

A report published by the European Commission last year and compiled by a team led by Larson found that measles immunisation coverage has fallen in 12 EU countries since 2010, and that seven out of the 10 countries with the lowest vaccine confidence in the world are in Europe.

The report also found that Europeans aged 18-44 are increasing less likely to believe that agree that MMR vaccines are safe and important for children to have than those aged 65+, with particularly large effect sizes in Cyprus. 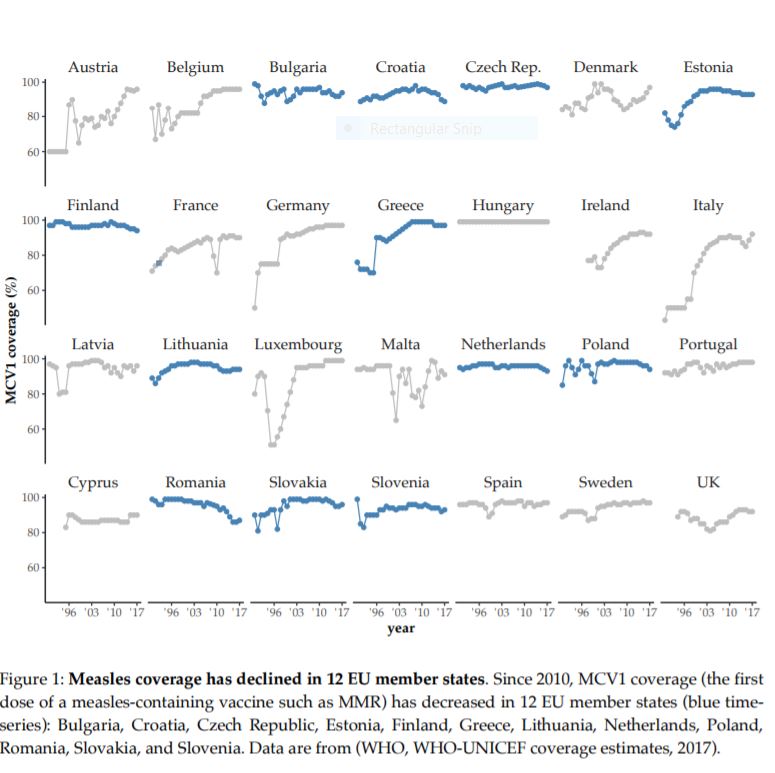 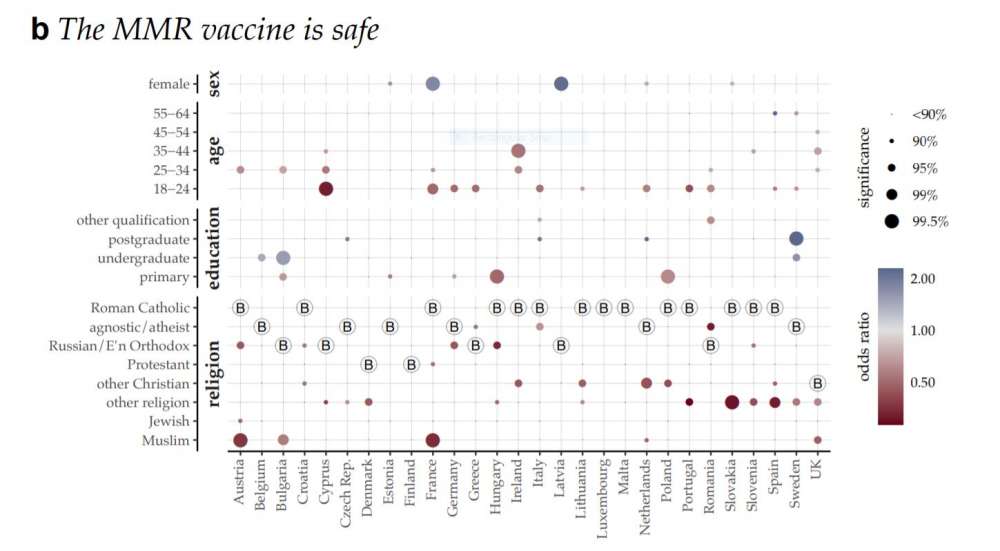 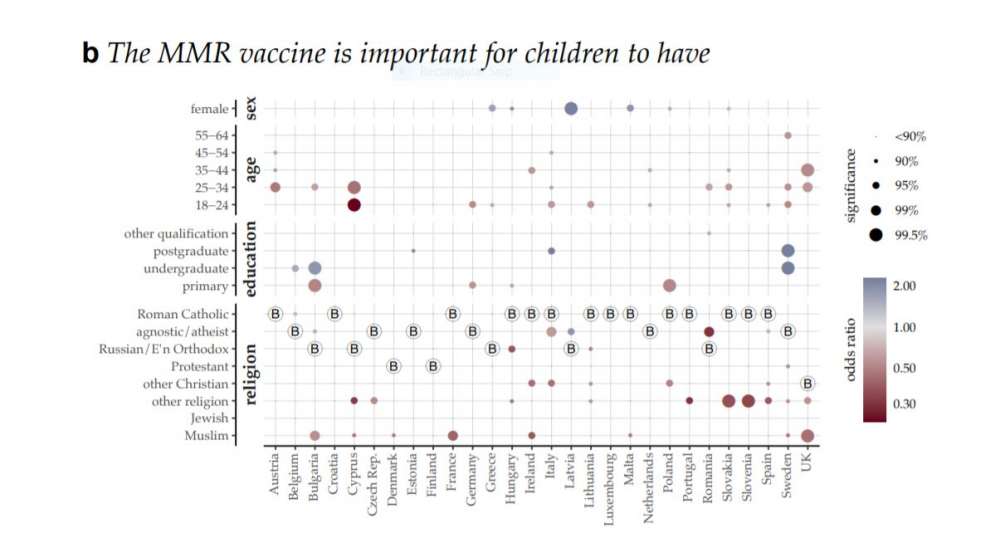 Odds ratios and associated significance for the association between socioeconomic determinants and the probability of agreeing that: vaccines are safe (a); the MMR vaccine is safe (b); and, the seasonal influenza vaccine is safe (c). Odds ratios are shown through the colour of circles (red circles denote odds ratios less than one, blue circles denote odds ratios greater than one). The significance of the odds ratio is represented by the size of the circle (see legends). The religious baseline category varies by country and is denoted “B”.

Reasons for not vaccinating – Cyprus 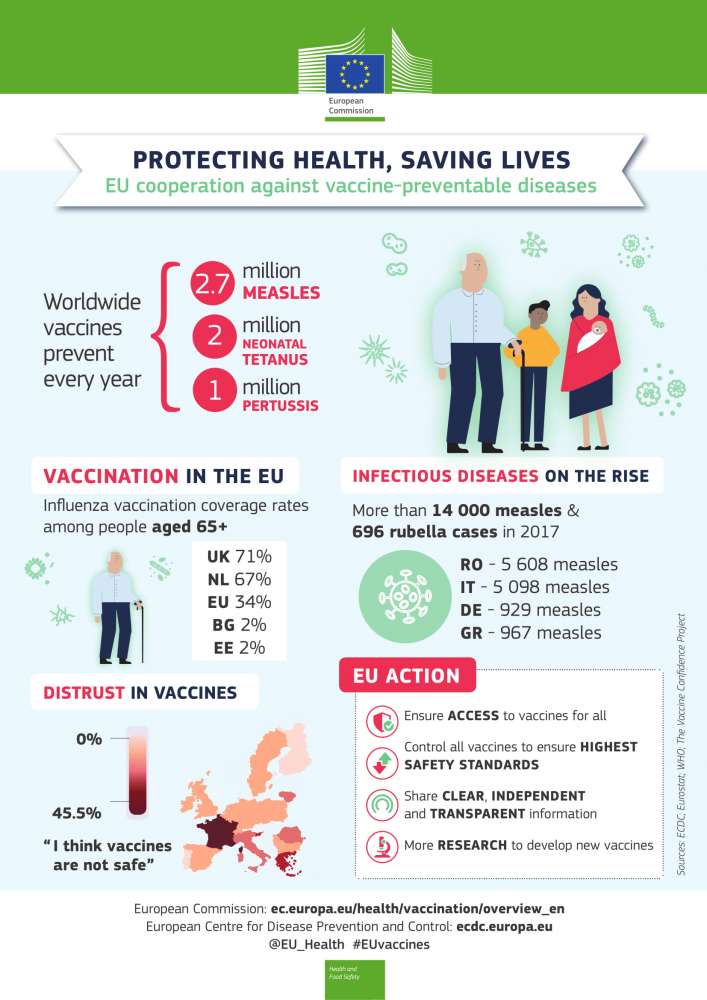