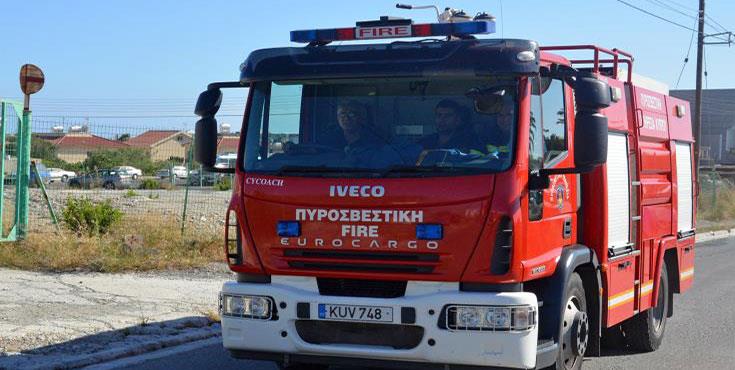 The fire service responded to 129 incidents over the past 24 hours, most on Easter Sunday.

60 fires were reported in Nicosia, 30 in Limassol, 18 in Larnaca, 13 in Paphos and 4 in Famagusta, while the Special Response Unit was called on four occasions.

At noon on Easter Sunday a two-front fire broke near the Tsada village in Paphos, in an area with dry weed, shrubbery and four thousand flower pots, with three vehicles responding and support from the gaming service and two mobile units from two surrounding communities.

Early on Easter Sunday afternoon, the fire service responded to a blaze at a reed area near the Aradippou cemetery, while in the early afternoon, a fire broke out at a kitchen appliance fenced off dump between Lympia and Mosfiloti, packed with fridges, ovens and other appliances.

There were two fires in the evening outside Nicosia, in Latsia and Anayia, in areas with dry weed and shrubbery, which were put out before spreading.

By Constantinos Tsintas
Previous article
Lifeguards robbed in Limassol on Holy Saturday, as burglars break into tower
Next article
Man found dead in his bed after missing for 4 days