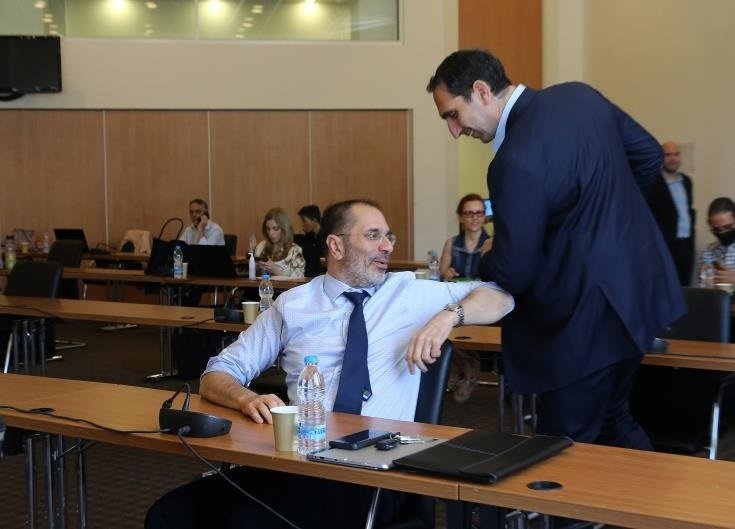 A total of some 106,000 coronavirus tests have been carried out in Cyprus so far — that is equivalent to 12,094 per 100,000 population which is the second highest rate in the EU after Malta, Health Minister Constantinos Ioannou said on Thursday.

There is currently a ceiling of €85 per test, although some agreements with labs have been for €65 which Ioannou said was the second cheapest in the EU after Romania’s €63.

The minister was briefing the House Health Committee on coronavirus testing in Cyprus. Auditor general Odysseas Ioannides, who also attended the meeting, is looking at government contracts with private labs to carry out the tests.

Ioannou said that Cyprus has diligently followed tracing of positive cases, he added.

In the wake of the coronavirus outbreak, Ioannou said the ministry had asked the Cyprus Institute for Neurology and Genetics (CING) to carry out the COVID 19 (PSR) tests as it was the only organisation on the island at the time that could immediately carry out a satisfactory number of tests. The cost was €100, excluding sample taking.

Agreement was later reached with clinical labs for RT-PCR test. Paphos and Aradippou Municipalities with NIPD Genetics. The ministry then assigned 300 tests at Aradippou and 500 in Paphos for €100.

CING later set the price at €70 but said that it would not be participating in competitive bids.

The cost of tests among retail sector employees, migrants, the school population and hair dressers among others has ranged from €65 to €80.

The cost per test for repatriates was initially €110 which was then revised to €100 and then to €65. So far 8168 tests have been carried out at a cost of €540,000. Of these 421 tested positive. The state is continuing to cover the cost for these tests until airports open on June 9 when the cost will be covered by the passenger.

Replying to questions, the minister said that positive results by private labs were confirmed by CING.

He said that a number of free tests will also be given to hotels, as was the case for each sector that reopens. As regards distribution of the tests, he said care has been taken for these to take place in all districts and to be proportionate to the population.

And he said that although there had been pressure from political parties so that big companies could benefit, the ministry had not heeded them. Safeguards were introduced so that the tests did not go to just a few companies. If checks show that some carried out more checks, they will not be reimbursed.

Speaking after the meeting, Akel MP Yiorgos Georgiou said that he was waiting for the findings of the auditor general’s investigation. He said that there had been cases of profiteering, fake tests and exploitation by the private sector that should have been dealt with swiftly but regrettably there was a failure to act.

He added that there had also been profiteering with antiseptics and personal protective equipment.

Georgiou said that there had been discrimination in favour of big companies compared to smaller shops and as result employees had to pay for the test themselves.

Greens MP Yiorgos Perdikis said he was waiting for the list of companies that benefited from free tests to see whether the rumour that some companies were favoured was founded or not.

By In Cyprus
Previous articleCyprus Minister of Finance outlines new package to support the economy
Next articleCrisis pushes back more than 70% of weddings to a later date, says photographers association