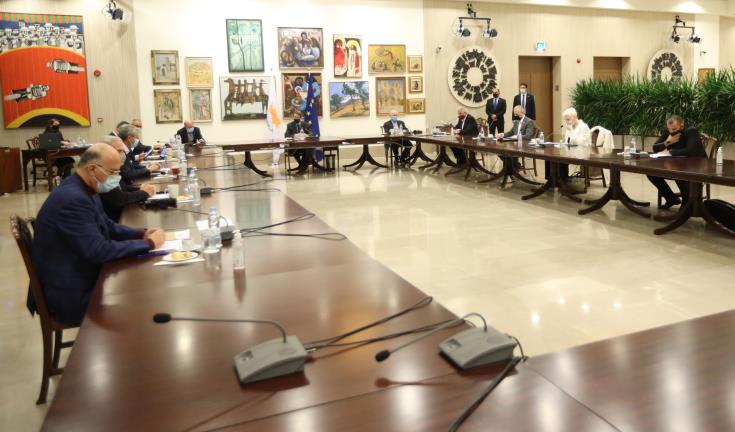 The National Council convenes on Tuesday morning to discuss the latest developments on the Cyprus issue ahead of the Geneva meeting set to take place end of April. The UN Secretary General has called a meeting for Cyprus to take place in Geneva 27-29 April.

The political leaders will be briefed by the President on the consultations he had with SG`s Special Envoy Jane Hall Lute and his meeting with EU High Representative Josep Borrell as well as the videoconference with EUCO President Charles Michel in light of the EU Summit to take place 25-26 March.

President Nicos Anastasiades pointed out many times in the past that the EU needs to be present at the Geneva informal meeting on Cyprus and contribute to the resumption of the reunification talks.

In the videoconference with Michel the President reassured that he is going to be present at the Geneva meeting with genuine political will so that the talks will resume with the aim to reunify the island. He also said that the solution must be based on the UN resolutions, the High-Level talks, the EU principles. A solution, he added, that will lead to the evolution of Cyprus Republic into a viable and functional bizonal, bicommunal federation, in the framework of the parameters that were reaffirmed during the meeting the UNSG had with the two leaders in November 2019.

The National Council is set to reconvene again ahead of the Geneva meeting to discuss whether the political leaders will accompany the President to Geneva.

President Anastasiades consulted with the Greek Premier last week. The informal meeting was also on the agenda of a meeting the FMs of the two countries had.

Cyprus has been divided since the 1974 Turkish invasion. The latest round of UN-backed talks took place in the summer of 2017 but failed to yield results.