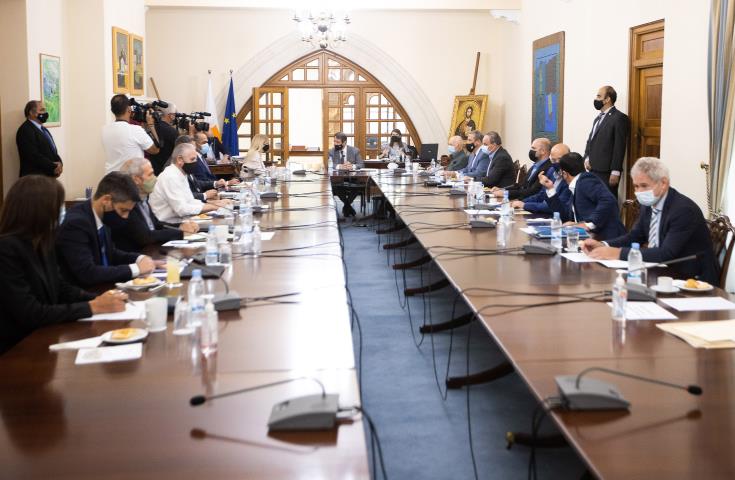 Cyprus President Nicos Anastasiades will preside over a meeting of the National Council on September 1st and a day before he will meet with the negotiating team on the Cyprus issue, a statement by Spokesperson Marios Pelekanos says.

In a statement Pelekanos said that President Anastasiades will brief the members of both bodies on the latest developments on the Cyprus issue as well as his proposal to the Turkish Cypriot leader Ersin Tatar following statements by the latter on the government`s decision to revoke passports of the Cyprus Republic from 14 Turkish Cypriots, among them Tatar.

Pelekanos also urges the political parties, in view of the meetings, to refrain from statements on the content of the proposal before they are briefed by the President on its details.