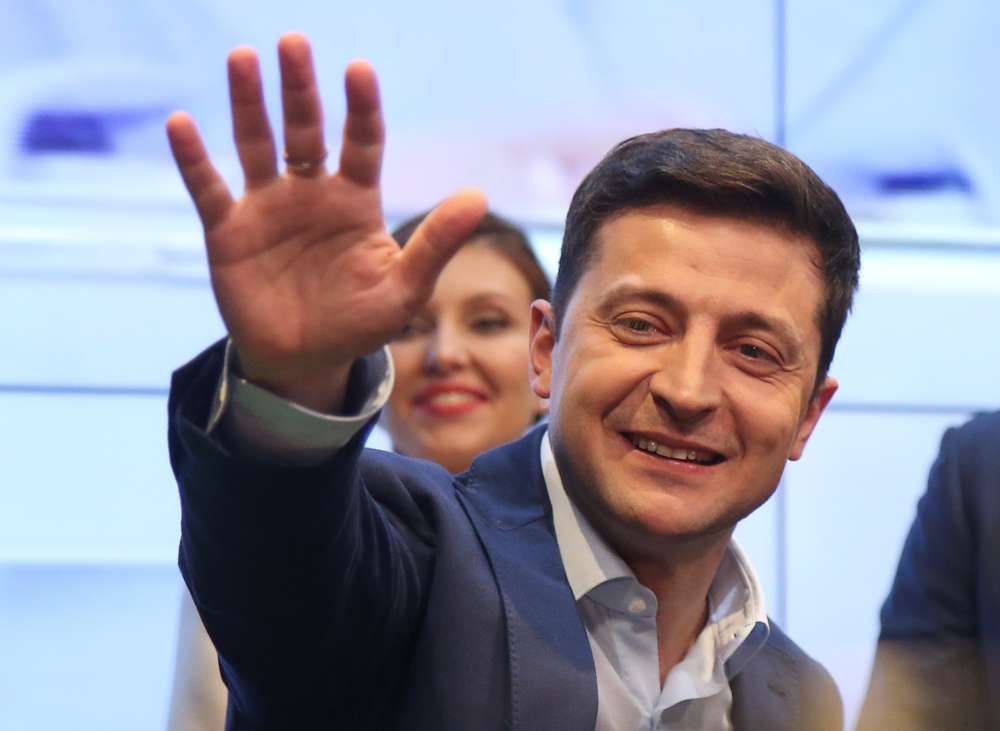 Opponents of Volodymyr Zelenskiy said on Thursday they were worried that the Ukrainian president’s criticism of European leaders in a call with Donald Trump could damage the country’s international standing.

Zelenskiy, a former television comedian and political novice who was elected president in April, has been thrust into the centre of a U.S. domestic political storm after the White House released a reconstruction of his July 25 phone call with Trump.

The phone call has become the basis for an effort to impeach Trump by Democrats, who say it reveals Trump pressing Ukraine to help smear a political opponent. Trump denies wrongdoing.

In the call, Trump pressed Zelenskiy to investigate the business dealings of the son of his political rival, former Vice President Joe Biden, the Democratic front-runner to challenge Trump in an election next year. Zelenskiy agreed.

Biden’s son Hunter worked for a company drilling for gas in Ukraine. There has been no evidence of wrongdoing by either Biden.

Zelenskiy also effusively praised Trump as an inspiration for his own political movement, voiced agreement when Trump criticised a former U.S. ambassador to Ukraine, and said he shared Trump’s view that European politicians had failed to support Ukraine adequately.

Ukraine’s opposition European Solidarity party, loyal to former President Petro Poroshenko who was defeated by Zelenskiy in a landslide in April, said it was “deeply concerned that such inadvertent and ill-considered statements by the President may complicate Ukraine’s international support.”

“As the summary itself showed, during the conversation, President Zelenskiy questioned the assistance provided in recent years to Ukraine by the European Union, in particular, Germany and France,” European Solidarity said in a statement.

Poroshenko has long argued that Zelenskiy’s lack of political experience would be damaging to Ukraine, which has been battling Russian-backed separatists since 2014 in Europe’s only ongoing military conflict.

A lawmaker from Poroshenko’s party, Oleksiy Goncharenko, filed a request to Zelenskiy’s office to release a full transcript of Zelenskiy’s July call Trump. The summary released by the White House was not a transcript but a reconstruction based on notes taken by U.S. officials listening to the call.

“It is strange that the President’s Office did not publish this transcript simultaneously with the White House,” Goncharenko wrote on Facebook.