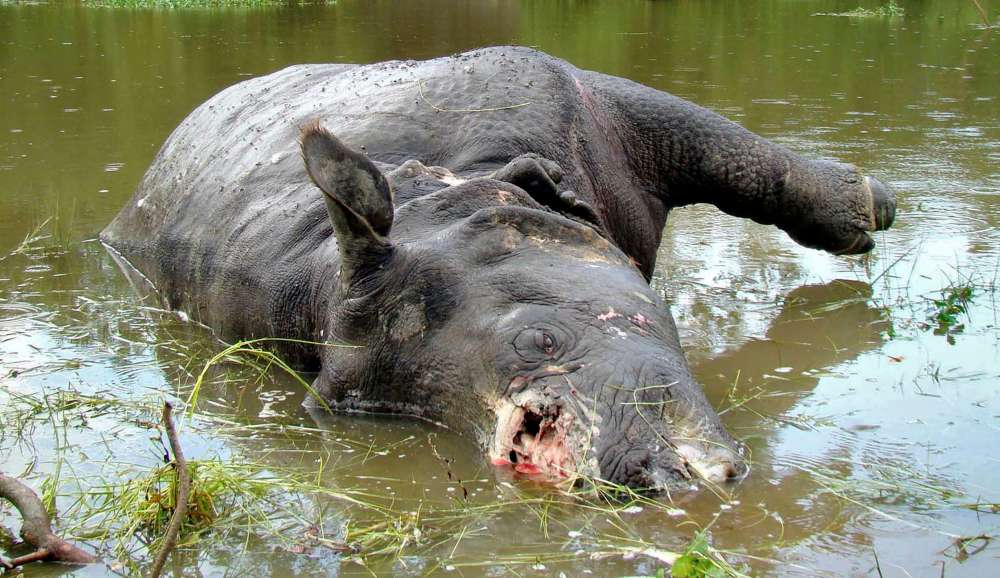 Global wildlife populations have fallen by 60% in just over four decades, because of man-made factors the World Wildlife Fund has warned in a damning new report, while calling this generation “the last generation that can save nature.”

The total numbers of more than 4,000 mammal, bird, fish, reptile and amphibian species declined rapidly between 1970 and 2014, the Living Planet Report 2018 says.
Current rates of species extinction are now up to 1,000 times higher than before human involvement in animal ecosystems became a factor.
The proportion of the planet’s land that is free from human impact is projected to drop from a quarter to a tenth by 2050, as habitat removal, hunting, pollution, disease and climate change continue to spread, the organization added.
The group has called for an international treaty, modeled on the Paris climate agreement, to be drafted to protect wildlife and reverse human impacts on nature.
It warned that current efforts to protect the natural world are not keeping up with the speed of man-made destruction.
The crisis is “unprecedented in its speed, in its scale and because it is single-handed,” said Marco Lambertini, the WWF’s director general.
“It’s mindblowing. … We’re talking about 40 years. It’s not even a blink of an eye compared to the history of life on Earth. Now that we have the power to control and even damage nature, we continue to (use) it as if we were the hunters and gatherers of 20,000 years ago, with the technology of the 21st century,” he added. “We’re still taking nature for granted, and it has to stop.”
WWF UK Chief Executive Tanya Steele added in a statement, “We are the first generation to know we are destroying our planet and the last one that can do anything about it.”
The report also found that 90% of seabirds have plastics in their stomachs, compared with 5% in 1960, while about half of the world’s shallow-water corals have been lost in the past three decades.
Animal life dropped the most rapidly in tropical areas of Latin America and the Caribbean, with an 89% fall in populations since 1970, while species that rely on freshwater habitats, like frogs and river fish, declined in population by 83%.

The report outlines the various ways in which human activities have led to losses in animal populations.
Species highlighted include African elephants, which declined in number in Tanzania by 60% in just five years between 2009 and 2014, mainly due to ivory poaching.
Deforestation in Borneo, designed to make way for timber and palm oil plantations, led to the loss of 100,000 orangutans between 1999 and 2015, the report estimated.
And the number of polar bears is expected to decline by 30% by 2050 as global warming causes Arctic ice to melt, making their habitats increasingly precarious.
Wildlife is not just “nice to have,” the report said, warning that human health, food and medicine supplies, as well as global financial stability, are all damaged by declines in wildlife and nature.
The welfare of up to 3 billion people who rely on wildlife to eat and work has reduced because of land degradation, and services relying on nature are worth around $125 trillion globally, the report said.
“The collapse of wildlife populations over the last half-century is a shocking measure of humanity’s impact on our planet,” John Sauven, executive director of Greenpeace UK, said in response to the report, joining WWF in calling for “urgent action from world leaders.”
“From the decline of orangutans due to deforestation for palm oil to the ruinous impact of climate change on Arctic habitats to plastic pollution destroying marine wildlife, we cannot continue with business as usual,” he added.

International action is needed over the next two years in order to stem the tide of natural destruction, the organization noted, urging world governments and businesses to strike a deal similar to the 2016 Paris agreement for climate change.
“If we want a world with orangutans and puffins, clean air and enough food for everyone, we need urgent action from our leaders and a new global deal for nature and people that kick starts a global program of recovery,” Steele said in her statement.

Something can be done

“Hope is not lost, but urgent action is needed. Recent population increases in giant pandas, mountain gorillas and the critically endangered dolphins of the Mekong River show that sustained conservation efforts work. National-level action like the US Endangered Species Act  – which since enacted in 1973 has helped an estimated 99 percent of listed species avoid extinction – demonstrate what is possible when wildlife conservation and biodiversity are prioritized.

“A global deal for nature, similar to the Paris Climate Agreement, can ensure that effective conservation methods continue, and more ambitious goals are set, a WWF press release said.