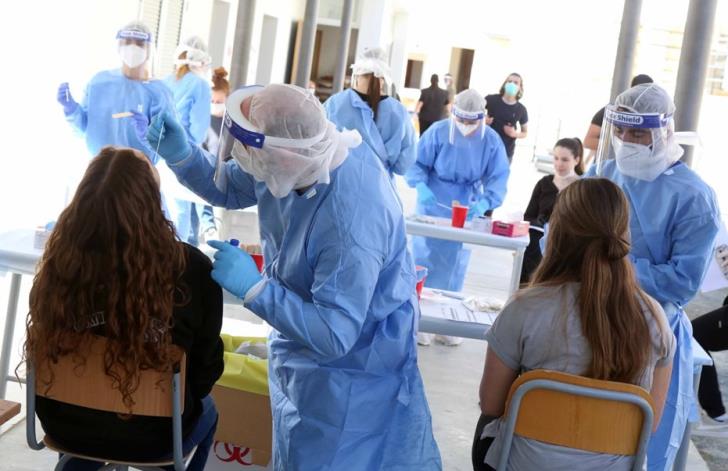 More than 42.84 million people have been reported to be infected by the novel coronavirus globally and 1,151,596​ have died, according to a Reuters tally.

Xinjiang health authorities found 137 asymptomatic cases on Sunday during a testing drive for the 4.75 million people in the Kashgar area triggered by an asymptomatic infection in a 17-year-old female garment factory worker reported on Saturday.

It was not clear how she was infected, though all of the new cases were linked to the garment factory.

More than 2.84 million people in the Kashgar area had been tested for COVID-19 as of Sunday afternoon and the rest are expected to be tested by Tuesday. The scale and speed of the testing is in line with those seen during other outbreaks including the most recent one in Qingdao earlier this month.

South Korea urged citizens to get vaccinated against influenza and reduce the chances of an outbreak that coincides with the battle against the coronavirus, as it kicked off free inoculations for the last eligible group.

Public anxiety over the safety of flu vaccines has surged after at least 48 people died this month following vaccinations.

Authorities have said they found no direct link between the deaths and the flu shots and have sought to reassure South Koreans about the safety of the vaccines against flu, a disease that kills at least 3,000 each year.

However, last month, about 5 million doses had to be disposed of after not being stored at recommended temperatures.

Singapore has temporarily halted the use of two influenza vaccines as a precaution after these deaths, becoming among the first countries to publicly announce a halt of the vaccines’ usage. Singapore has reported no deaths linked to flu vaccinations.

U.S. infectious disease expert Anthony Fauci said on Sunday it would be clear whether a COVID-19 vaccine was safe and effective by early December, but that more widespread vaccination would not be likely until later in 2021.

“We will know whether a vaccine is safe and effective by the end of November, the beginning of December,” Fauci told the BBC.

“When you talk about vaccinating a substantial proportion of the population, so that you can have a significant impact on the dynamics of the outbreak, that very likely will not be until the second or third quarter of the year.”

Social distancing and lockdowns in Australia not only slowed the spread of COVID-19, they saved the lives of about 400 people who would have been expected to died in June from respiratory illnesses such as pneumonia, a research paper published on Monday showed.

Examining Australia’s most recent official fatality data, the Actuaries Institute said there was a shortfall between verified deaths and the number expected during the mid-winter month, which it concluded was due to a decline in respiratory illnesses.