The world welcomed the new year with a packed party in Times Square and fireworks soaring above European capitals, while hoping for an end to the war in Ukraine and a return to post-COVID normality in Asia.

It was a year marked by the conflict in Ukraine, economic stresses and the effects of global warming.

But it was also a year that saw a dramatic soccer World Cup, rapid technological change and efforts to meet climate challenges, as compromise between state interest and the collective good, become increasingly difficult.

After 2023 descended upon Asia, Africa and Europe, New York rang in the new year in typical style as thousands corralled themselves into pens under pouring rain in Times Square, waiting hours for the ball to drop. A 12-foot (3.7-meter) geodesic sphere made of Waterford crystal triangles slid down a pole atop a 25-story building to mark the calendar change. 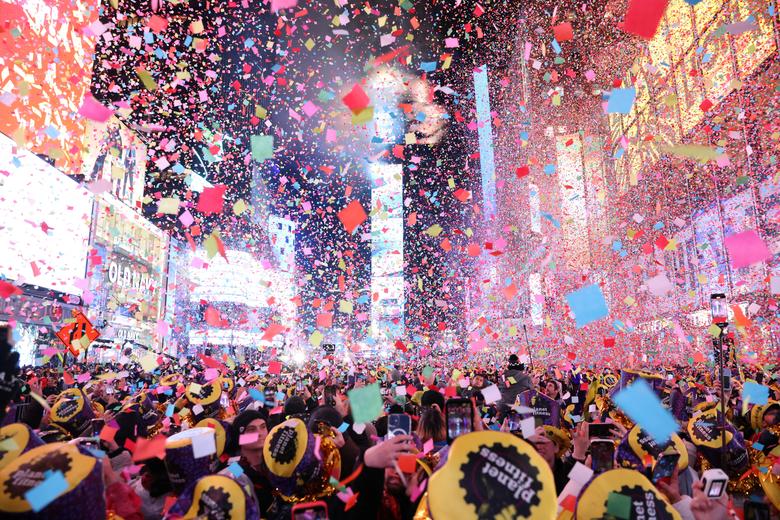 Meanwhile, millions watched the accompanying musical acts and countdown on television from dry and warm living rooms around the world.

Tommy Onolfo, 40, a mechanic from nearby Nassau County, said he wore a diaper during his drenched, 14-hour wait in Times Square, as security measures require spectators to deprive themselves of all comforts to maintain a front-row view.

“I’m a lifeguard in the summer so I’m not afraid of water at all,” Onolfo said. “I have my bathroom thing down to a science. I haven’t had to use the diaper yet. It’s just in case.”

Earlier, across the Atlantic, the London Eye turned blue and yellow in solidarity with Ukraine as fireworks saw in midnight in the British capital. 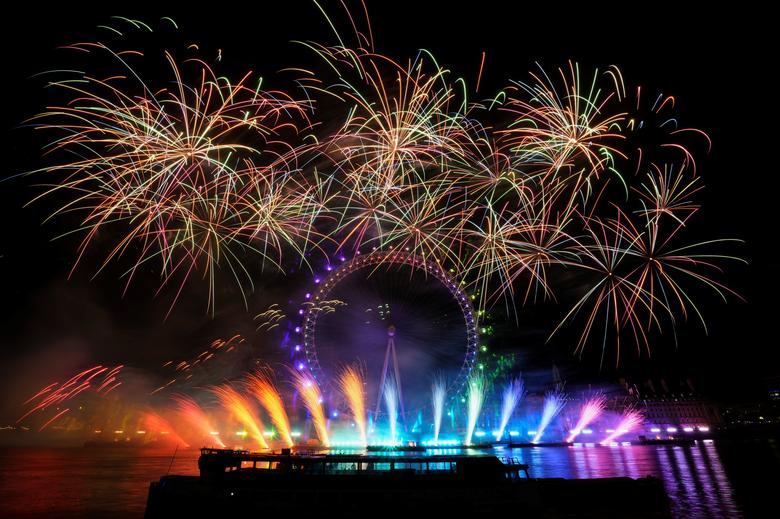 The celebration, which London’s mayor had branded the biggest in Europe, also referenced Queen Elizabeth II, who died in September, the red and white of England’s soccer team, and the rainbow colours of the LGBTQ Pride event, which had its 50-year anniversary in 2022. 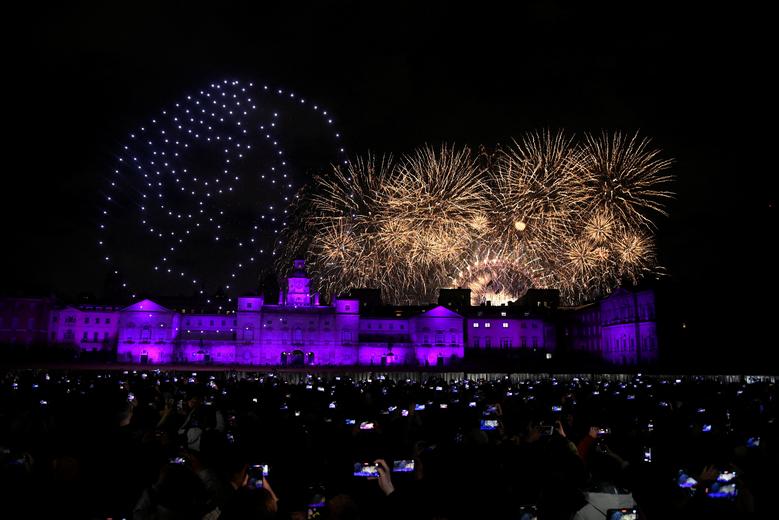 In Brazil, celebrations turned into a firework memorial for global star Pele, who passed away earlier this week and will be laid to rest next Tuesday, as locals praised the man who made his country proud with personality, respect and football genius. 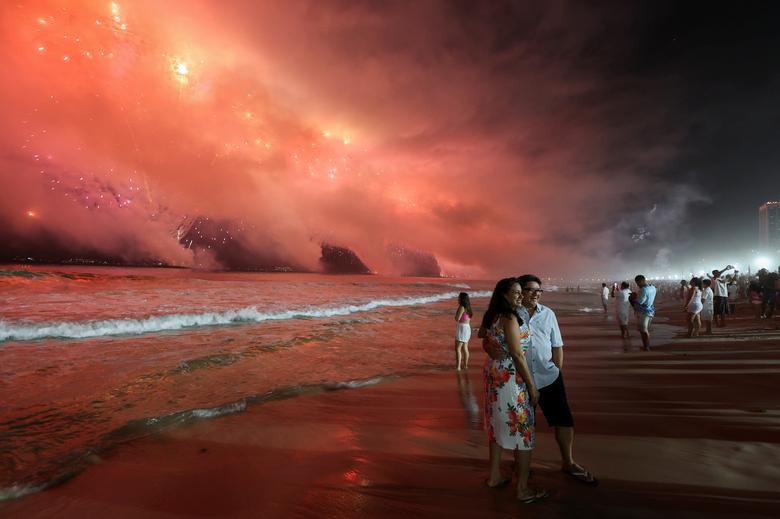 For Ukraine, there seemed to be no end in sight to the fighting that began when Russia invaded in February.

Numerous blasts were heard in Kyiv and in other places around Ukraine and air raid sirens wailed across the country in the early hours of New Year’s Day.

Evening curfews remained in place nationwide, making the celebration of the beginning of 2023 impossible in many public spaces.

In Kyiv, though, people gathered near the city’s central Christmas tree as midnight approached.

“We are not giving up. They couldn’t ruin our celebrations,” said 36-year-old Yaryna, who was celebrating with her husband, tinsel and fairy lights wrapped around her.

In a video message to mark the New Year, Ukrainian President Volodymyr Zelenskiy, Time Magazine’s 2022 Person of the Year, said: “I want to wish all of us one thing – victory.”

Festivities in Moscow were muted, without the usual fireworks on Red Square.

“One should not pretend that nothing is happening – our people are dying (in Ukraine),” said 68-year-old Yelena Popova. “A holiday is being celebrated, but there must be limits.” Many Muscovites said they hoped for peace in 2023.

Elsewhere in Europe, fireworks exploded over the Parthenon in Athens, the Brandenburg Gate in Berlin, and the Arc de Triomphe in Paris, where crowds gathered on the Champs-Elysees avenue to watch the French capital’s first New Year fireworks since 2019. 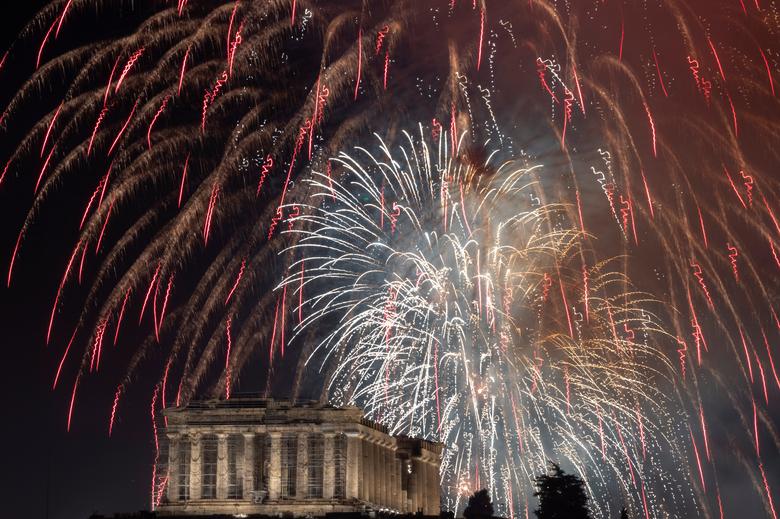 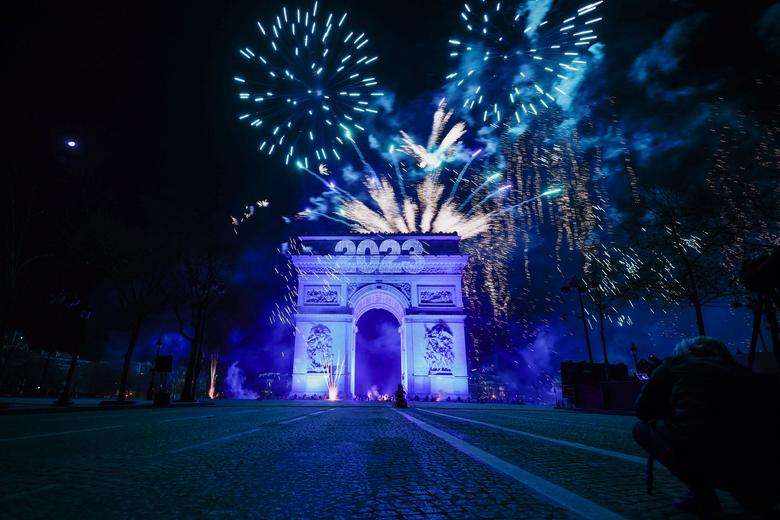 But, like many places, the Czech capital Prague was feeling the pinch economically and so did not hold a fireworks display.

Earlier, Australia kicked off the celebrations with its first restriction-free New Year’s Eve after two years of COVID disruptions. Sydney welcomed the New Year with a typically dazzling fireworks display, which for the first time featured a rainbow waterfall off the Harbour Bridge. 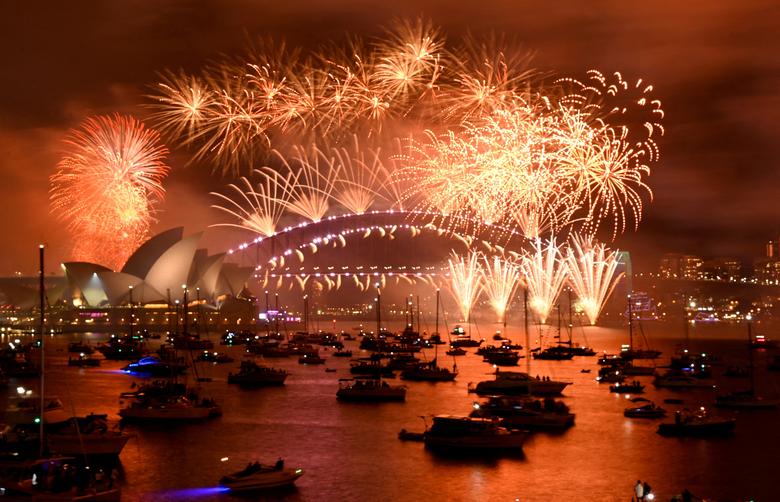 In China, rigorous Covid restrictions were lifted only in December as the government abruptly reversed its “zero-COVID” policy, a switch that has led to soaring infections and meant some people were in no mood to celebrate.

While China’s official death toll is barely ticking higher, UK-based health data firm Airfinity estimated last week that around 9,000 people in the country are probably dying each day from COVID.

“This virus should just go and die, cannot believe this year I cannot even find a healthy friend that can go out with me,” wrote one social media user based in eastern Shandong province.

But in the city of Wuhan, where the pandemic began three years ago, thousands of people gathered to despite a heavy security presence.

Barricades were erected and hundreds of police officers stood guard. Loudspeakers blasted out a message on a loop advising people not to gather. But the large crowds of revellers took no notice.

In Shanghai, many thronged the historic riverside walkway, the Bund.

“We’ve all travelled in from Chengdu to celebrate in Shanghai,” said Da Dai, a 28-year-old digital media executive who was visiting with two friends. “We’ve already had COVID, so now feel it’s safe to enjoy ourselves.”

By Constantinos Tsintas
Previous article
New Year with sunshine through to Wednesday, highs of 20
Next article
Netanyahu says Israel not bound by ‘despicable’ U.N. vote