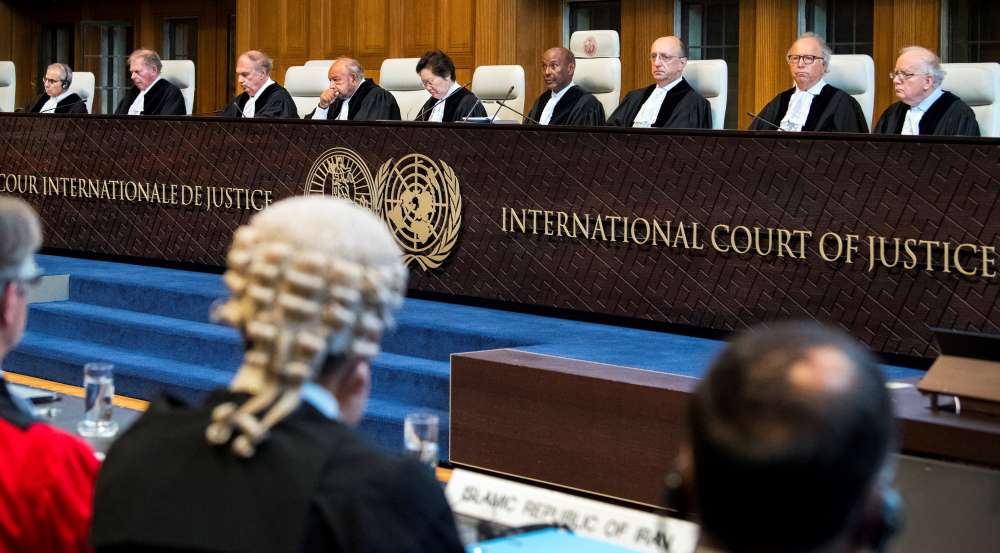 Iranian lawyers asked the International Court of Justice on Monday to order the United States to lift sanctions imposed by the Trump administration against Tehran, but Washington described the suit as meritless.

At the start of a week of hearings in The Hague, the court’s president asked the United States to respect the outcome of the case that Iran filed in July. During their decades of animosity, both countries have ignored some rulings at the court.

Tehran’s suit says the U.S. sanctions, which are damaging the already weak Iranian economy, violate terms of a little-known friendship treaty between the two countries.

“The U.S. is publicly propagating a policy intended to damage as severely as possible Iran’s economy and Iranian national companies, and therefore inevitably Iranian nationals,” said Mohsen Mohebi, representing Iran. “This policy is plainly in violation of the 1955 Treaty of Amity.”

He said Iran had sought a diplomatic solution to the countries’ dispute but was rejected.

U.S. Secretary of State Mike Pompeo described Iran’s suit as “an attempt to interfere with the sovereign rights of the United States to take lawful actions, including re-imposition of sanctions, which are necessary to protect our national security”.

“We will vigorously defend against Iran’s meritless claims this week in The Hague,” he said in a statement.

A ruling is expected within a month, though no date has been set.

The ICJ is the United Nations tribunal for resolving international disputes. Its rulings are binding, but it has no power to enforce them.

U.S. President Donald Trump pulled out of a 2015 pact between Iran and major world powers under which sanctions were lifted in return for Tehran accepting curbs on its nuclear programme. The Trump administration then announced unilateral plans to restore sanctions against Tehran.

Although Washington’s European allies protested against Trump’s move, most Western companies intend to adhere to the sanctions, preferring to lose business in Iran than be punished by the United States or barred from doing business there.

The United States and Iran have clashed at the court in the past since they became enemies after Iran’s 1979 Islamic Revolution. Iran ignored a 1980 U.S. suit at the ICJ over the seizure of American diplomats in Tehran, which the court found to be illegal.

In another suit and countersuit, the ICJ found that the 1955 treaty was still valid even though it was signed before the revolution. However, the court found in 2003 that neither actions by the United States against Iranian oil platforms nor Iranian attacks on American shipping violated the treaty.