Women to march in hundreds of U.S. cities for third straight year 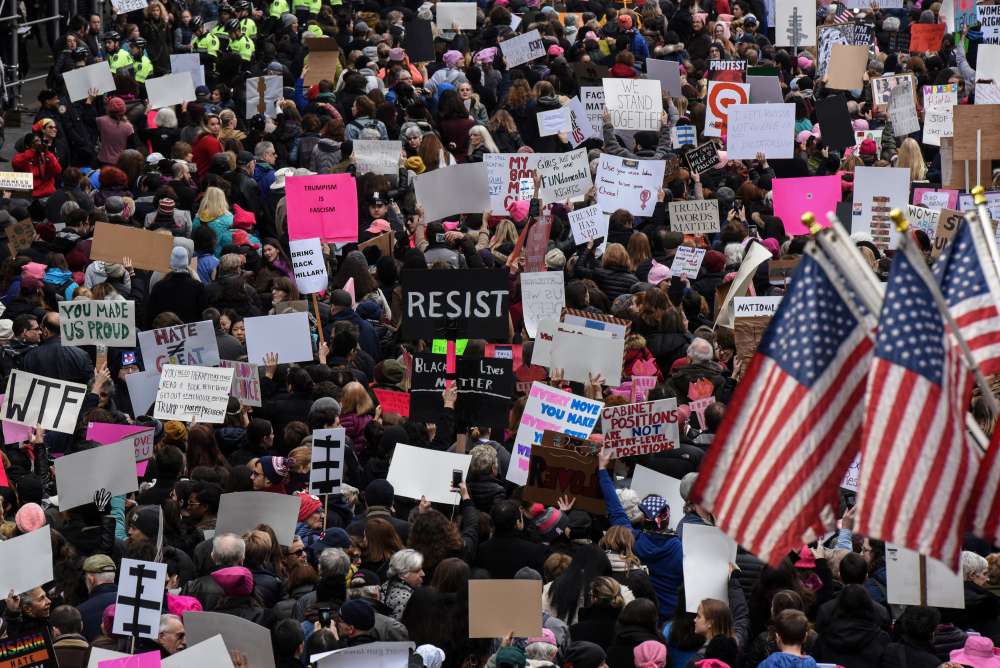 Women will march in hundreds of U.S. cities and overseas on Saturday to mark the second anniversary of demonstrations that drew millions of protesters to the streets the day after Republican President Donald Trump’s inauguration in January 2017.

Women’s March, a national nonprofit organization that evolved from the initial Washington march, is again hosting its main event in Washington, with hundreds of “sister” marches in other cities.

March On, a separate grassroots coalition that also grew from the original march, has coordinated hundreds of marches in cities such as Boston, Houston, Baltimore and Denver.

Leaders of both groups say they will use this year’s marches to push policy related to raising the minimum wage, access to reproductive and healthcare and voting rights, among other issues. They are aiming to mobilize women to vote ahead of the 2020 elections, when Trump is expected to be the Republican nominee for president.

“There is definitely huge, huge focus on the 2020 elections,” said March On’s Natalie Sanchez, an organizer of the 2017 Boston Women’s March who is also with March Forward Massachusetts, which is leading Saturday’s march there.

Activists say the marches are a chance to celebrate the gains made in the 2018 elections, which saw more women elected to the U.S. Congress than ever before.

The newly elected women – nearly all Democrats – include the first Muslim women and first Native American women in Congress, as well as the first black women to represent their states in New England. Many cited Trump’s presidency among the reasons they decided to run for office.

As the political movement that grew out of hundreds of loosely affiliated marches in 2017 has grown, divisions have emerged.

In some cities, like New York and Washington, there will be more than one march or demonstration due to criticism that some Women’s March leaders are anti-Semitic – a charge those leaders have sought to dispel in recent interviews and statements.

The marches also have been criticized as being not welcoming to conservative women, who may support Trump’s presidency and oppose abortion rights. The “March for Life” by anti-abortion campaigners was in Washington on Friday, attended by Vice President Mike Pence.

Leaders of Women’s March and March On say there is a role for everyone.

“We are all part of the same movement, regardless of any divisiveness or any drama that goes on,” Sanchez said.