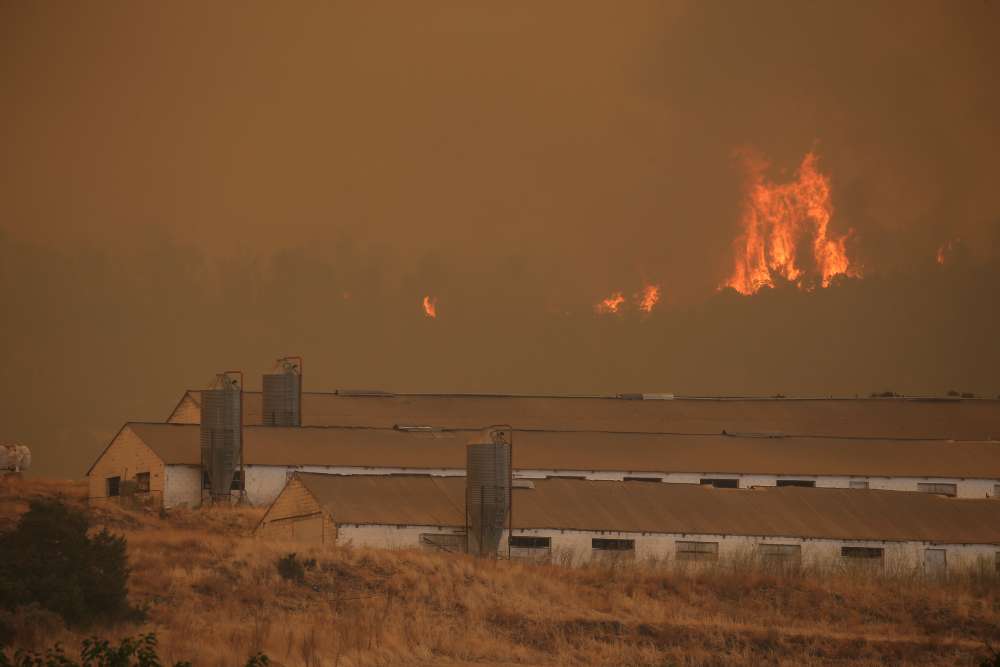 A large wildfire fanned by strong winds burned tracts of pine forest on the Greek island of Evia, firefighters said on Tuesday, with evacuation ordered of two villages in the path of the flames.

More than 227 firemen, aided by five helicopters and six other aircraft, were battling the blaze on Evia, Greece‘s second-largest island, where a monastery had already been evacuated. It generated thick smoke that blanketed the capital, Athens, some 110 kilometres away.

The villages of Kontodespoti and Makrimalli were being evacuated protectively, a fire brigade official said.

No fatalities had been reported and the winds were expected to subside in the evening.

Greece often faces wildfires during its dry summer months, and authorities have warned of the high risk of blazes this week. Environmental campaigners see increased wildfires around the world as a worrying symptom of global warming.

Last year, a wildfire killed 100 people in the seaside town of Mati near Athens, and in 2007 fires killed 65, scorched thousands of hectares of forest and farmland and threatened archaeological sites