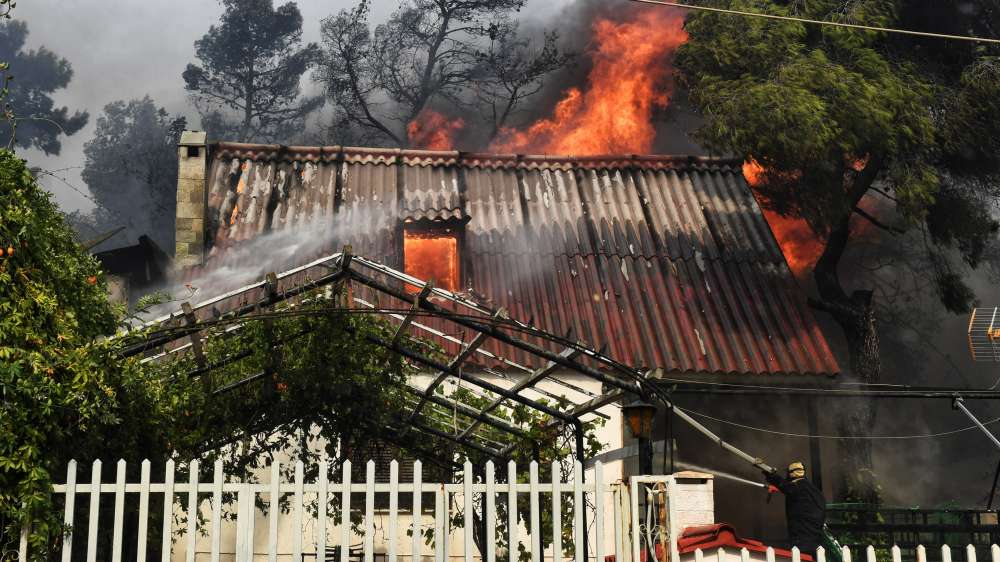 At least 20 people died and more than 100 were injured on Monday as a wildfire swept through a small resort town in eastern Greece with many victims trapped by flames as they fled.

The fire in Mati village, some 29 km (18 miles) east of Athens, was by far the country’s worst since blazes devastated the southern Peloponnese peninsula in August 2007, killing dozens. Monday’s fire was one of several that broke out in the country amid a sweltering heat wave.

“Mati doesn’t even exist as a settlement anymore,” one woman told Greece‘s Skai TV. “I saw corpses, burned-out cars. I feel lucky to be alive.”

Mati is in the Rafina region which is popular with local tourists, particularly pensioners and children at holiday camps.

Government spokesman Dimitris Tzanakopoulos said in a televised statement early Tuesday that the death toll exceeded 20 while more than 88 adults and 16 children were injured.

A Reuters witness earlier saw at least four dead on a narrow road clogged with cars heading to the safe haven of a nearby beach. Dozens of people scrambled into the ocean as the blaze raged close to the shore, and they were picked up by passing boats.

As darkness fell, the extent of the disaster was impossible to gauge. “We are dealing with something completely asymmetric,” Greek Prime Minister Alexis Tsipras, looking pale, said after cutting short a visit to Bosnia.

Reuters witnesses reported seeing a hillside of homes gutted by flames east of Athens. A mayor said he saw at least 100 homes and 200 vehicles burning.

In another fire earlier Monday, Greek authorities urged residents of a coastal region west of Athens to abandon their homes as a wildfire burned ferociously, closing one of Greece‘s busiest motorways, halting train links and sending plumes of smoke over the capital.

Wildfires are not uncommon in Greece, but a relatively dry winter created tinder box conditions. It was not clear what ignited the fires.

The army was drafted in on Monday afternoon to help fight the blazes. A senior fire chief went on state TV to appeal to people to leave the area of Kineta west of Athens after some tried to stay on their properties. 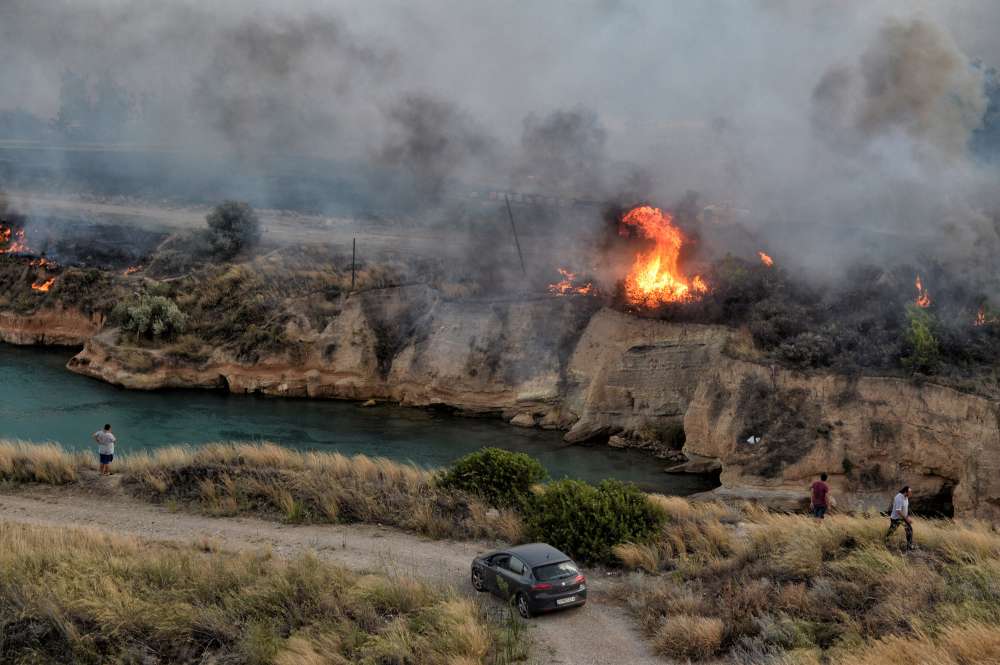 Fire raged around the Saronicos Gulf, ravaging tracts of pine forest, and was visible for miles. An ominous cloud of black-orange smoke hung over the Acropolis hill and the Parthenon temple in Athens on Monday afternoon. 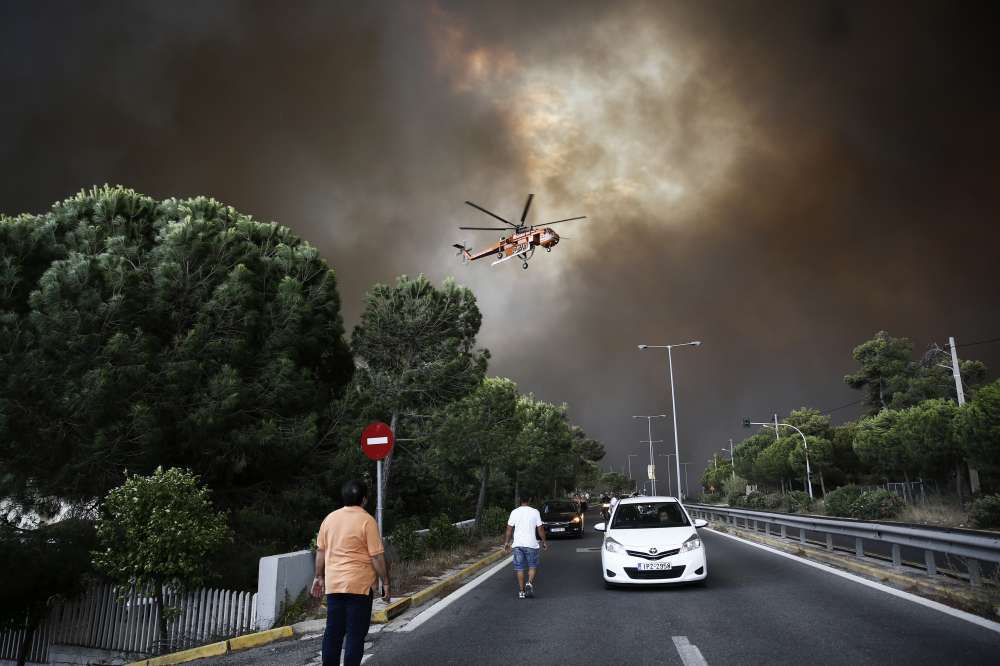