Why does art matter? Banksy asks, offering originals for the right answer 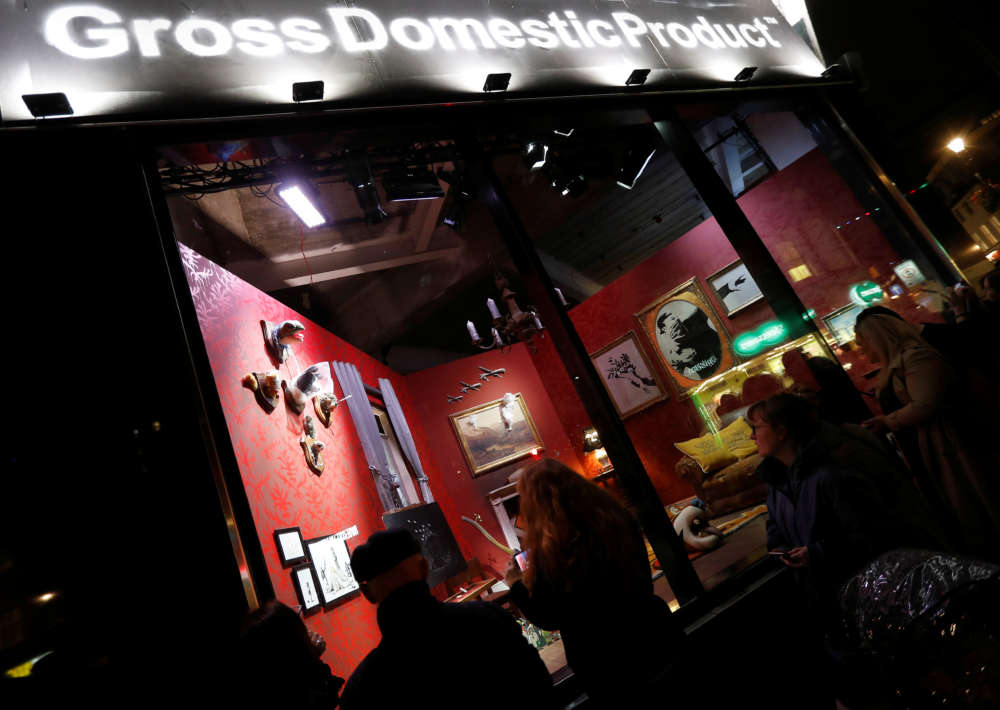 British street artist Banksy is selling a Union Jack stab vest, riot helmet ‘disco balls’ and a ‘designer handbag’ made from a brick to randomly selected buyers who can answer the question: “Why does art matter?”.

The works are offered in the “Gross Domestic Product” online store, with prices starting at 10 pounds ($13) for a Banksy branded aerosol of paint to 850 pounds for the stab vest as worn by Stormzy at the Glastonbury Festival in June.

Customers can only buy a maximum of one item, according to the rules on the website. Applications will be randomly selected and then narrowed down by the question ‘Why does art matter?’, with the ‘Why’ crossed out.

The answers will be assessed by an impartial and independent judge, namely a professional stand-up comedian, the website (https://shop.grossdomesticproduct.com/) said.

The original products, which will be awarded a certification of authenticity on the second anniversary of the purchase, are priced far below market value.

“Please refrain from registering at this time if you are a wealthy art collector,” the site said.

Works by the elusive street artist, who has never revealed his name, have rocketed in value.

A large Banksy painting of chimps sitting in Britain’s parliament sold for more than $12 million earlier this month, a record price at auction for his work.

The products available in the online shop have been on display at Banksy’s temporary homewares store in the south London suburb of Croydon.