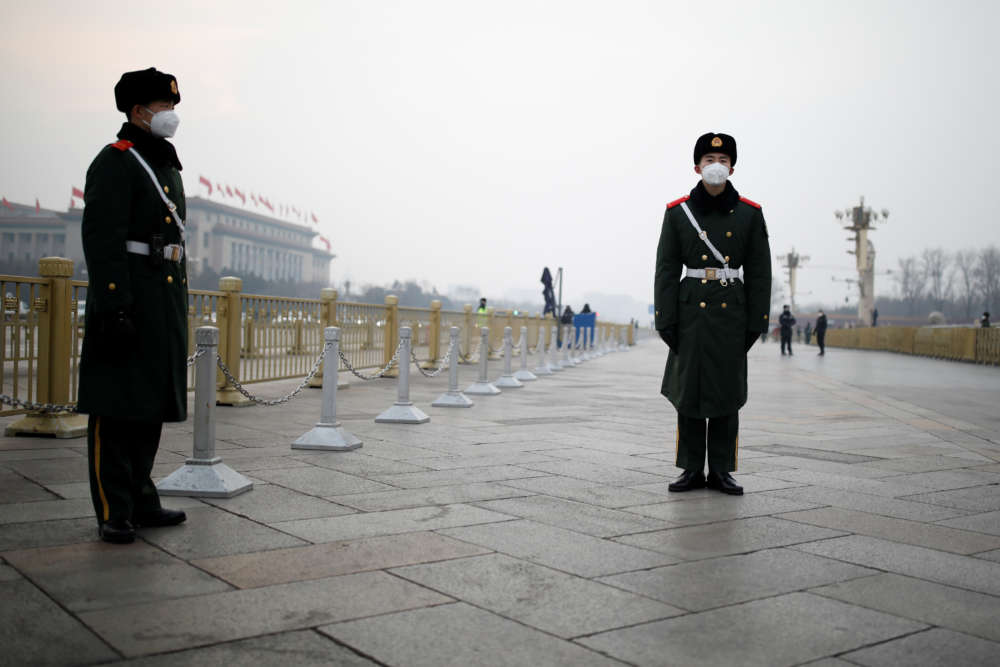 The head of the World Health Organisation said on Tuesday he is confident in China’s ability to contain a new coronavirus that has killed 106 people and he called for calm, saying he did not think foreigners should be evacuated, Chinese media reported.

As concern mounted about the impact of the coronavirus on the world’s second-biggest economy, Chinese authorities reported a surge in cases, while the United States warned citizens against travel to China and financial markets wilted.

Although cases of the flu-like virus have appeared in more countries, with Sri Lanka and Cambodia the latest, none of the 106 deaths has been outside China, and all but six have been in the central city of Wuhan, where the virus emerged last month.

The head of the WHO, Tedros Adhanom Ghebreyesus, in a meeting with State Councilor Wang Yi in Beijing, said he approved of the government’s measures to curb the outbreak, the Xinhua state news agency said.

Ghebreyesus was not available for comment but his agency said his aim was to strengthen the partnership with China, in particular on the response.

A WHO panel of 16 independent experts twice last week declined to declare an international emergency over the outbreak.

While more cases have been emerging outside China in people who have travelled from there recently, the WHO said only one of the overseas cases involved human-to-human transmission.

“That’s still one case too many. But we’re encouraged that so far we have not seen more human-to-human transmission outside China,” the WHO said on Twitter.

Wuhan, a city of 11 million in Hubei province, where the virus apparently jumped from an animal in a market illegally selling wildlife, has been all but put under quarantine, with a lockdown on almost all transport.

Tens of millions of others in Hubei live under some form of travel curbs set up to try and stifle the virus before it can radiate out across China and beyond.

Tuesday’s toll of 106 dead was up from 81 the day before. The number of total confirmed cases in China surged to 4,515 as of Monday, from 2,835 the previous day, the National Health Commission said.

Global stocks fell again as oil prices hit three-month lows, and China’s yuan currency dipped to its weakest in 2020, as investors worried about damage to the economy from travel bans over the Lunar New Year holiday period, which China extended in a bid to keep people isolated at home.

Analysts said China’s travel and tourism would be the hardest-hit sectors, together with retail and liquor sales, though healthcare and online shopping were seen as likely outperformers.

A growing number of countries have said they will evacuate their citizens from Wuhan.

A chartered plane taking out U.S. consulate staff was set to depart the city on Wednesday, a spokeswoman at the U.S. embassy in Beijing said. Some space was being offered to other U.S. citizens.

Officially known as “2019-nCoV”, the coronavirus can cause deadly pneumonia, but it is too early to know just how dangerous it is and how easily it spreads.

Some health experts question whether China can contain it.

Canada, which has two infections and 19 potential cases, warned its citizens to avoid travel to Hubei.

Authorities in Hubei, home to nearly 60 million people, have been the focus of public outrage on China’s heavily censored social media over what many see as a bungled initial response to the virus.

In rare public self-criticism, Mayor Zhou Xianwang said Wuhan’s management of the crisis was “not good enough” and indicated he was willing to resign.

China’s ambassador to the United Nations, following a meeting with UN Secretary-General Antonio Guterres, said his government put “paramount importance” on the epidemic and was working with the international community in a spirit of “openness, transparency and scientific coordination”.

Communist Party-ruled China has been eager to seem open in its handling of the epidemic, after it was heavily criticised for efforts to cover up an epidemic of Severe Acute Respiratory Syndrome (SARS) that killed about 800 people globally in 2002-2003.

SARS, which was also believed to have originated in a wildlife market, led to a 45% plunge in air passenger demand in Asia. The travel industry is more reliant on Chinese travellers now, and China’s share of the global economy has quadrupled.

With Chinese markets shut for the holiday, investors were selling the offshore yuan and the Australian dollar as a proxy for risk. Oil was also under pressure as fears about the wider fallout grew.