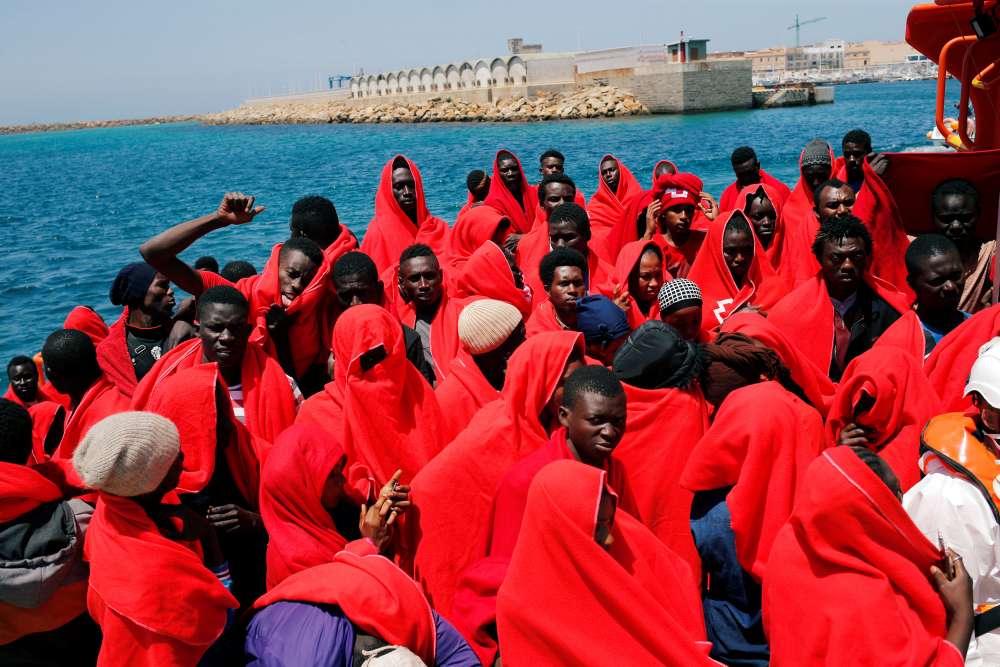 The European Commission offered on Tuesday to shoulder the cost of taking in migrants from boats in the Mediterranean, seeking to entice more governments to shoulder the burden after Italy’s new government closed the country’s ports to rescue vessels.

Under the proposal, the Union’s common budget would pay out 6,000 euros for each migrant taken in, as well as funding the cost of hundreds of expert personnel to help process mostly African migrants seeking asylum in Europe.

The Commission’s plan, which is aimed at EU governments that set up so-called controlled centres on their soil, follows a June leaders’ summit that claimed success in reaching a hard-fought agreement to control immigration but left many details undecided.

Irregular migration has fallen steeply since 2015, when more than a million people entered the EU, but polls show it is still a top concern for many of the EU’s 500 million citizens.

The governments of Italy and Germany are under heavy pressure at home to ensure fewer migrants come into their territory from across the Mediterranean, while eastern European leaders are bitterly opposed to taking them in. Italy has shut its ports to humanitarian rescue ships, saying it is bearing an unfair burden of asylum seekers.

By publishing its proposals, a Commission spokeswoman said it was seeking “a truly shared regional responsibility in responding to complex migration challenges”, although governments have yet to come forward to host new centres.

EU envoys are expected to discuss the proposal on Wednesday. Spain, France and Malta may see the greatest benefit given that they have been taking in some arrivals from boats that Italy’s far-right interior minister Matteo Salvini has rejected.

Both Italy and Malta turned one boat with 60 migrants on board away earlier this month, forcing it to dock eventually in Barcelona, in a recent example of European divisions on the issue.

The Commission proposed a pilot phase to be launched as quickly as possible and said a “controlled centre” taking in migrants could count on hundreds of personnel ranging from interpreters to asylum experts, all paid for by the EU.

The set-up would allow for quick screening of arriving migrants, sending back those who do not qualify for asylum, the Commission said. It would also prevent migrants from skirting registration rules and heading straight to the most sought-after destinations, including Germany and Sweden.

In parallel, the Commission presented a proposal for “regional disembarkation platforms” that would likely be located outside of the European Union to process migrants rescued at sea. However, the plans remain vague and do not mention any potential host countries.

EU diplomats say they could be set up in North Africa.

By In Cyprus
Previous article
Outpouring of support and help for Greece from Cyprus
Next article
No Cypriots among dead, injured Greece’s deadly fires