“We have had enough” say Hungarians rallying against PM Orban 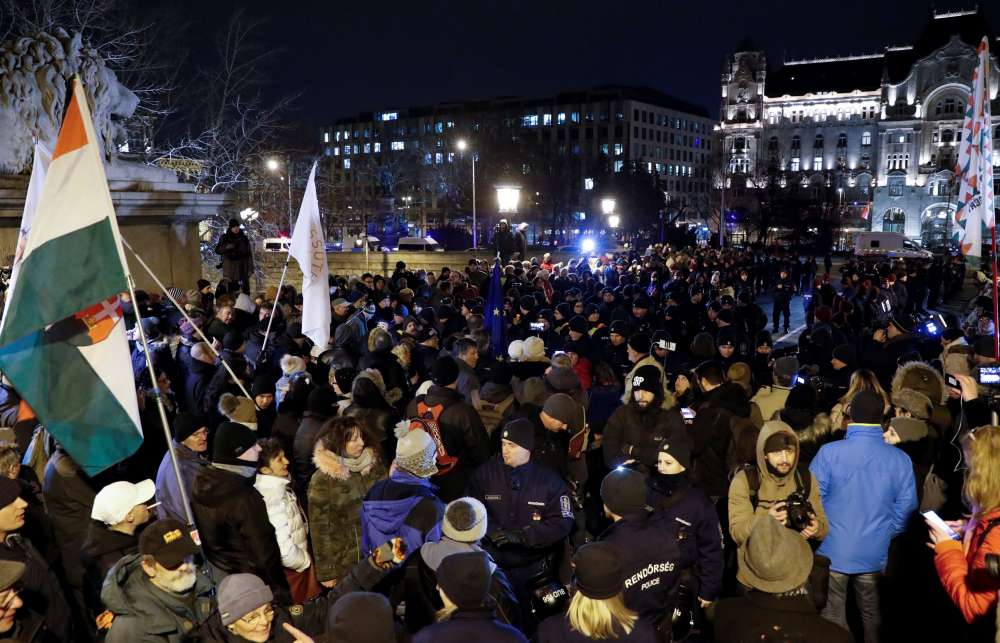 Several thousand Hungarians demonstrated in Budapest on Saturday against Prime Minister Viktor Orban and a new overtime law that has drawn workers out to the streets in several protest rallies.

Marching through central Budapest behind a banner saying “We have had enough”, protesters waved Hungary’s national tricolour and the European Union flag on their way to the main gathering point of the protest at the feet of the medieval Buda Castle.

“They totally ignore what we say and what we want, which is irritating,” said Lajos Kovacs, one of the protesters.

Orban’s ruling Fidesz party pushed the law allowing employers to ask workers to do up to 400 hours of overtime a year through the legislature last month, using its big majority as opposition parties sought to block the vote.

Orban has said the law served the interests of workers, who will have the legal possibility to work overtime at a time when the economy is struggling with a massive labour shortage.

A survey by pollster Zavecz Research published earlier this week showed support for Fidesz dropped by three points to 32 percent of voters in January, but even so, Orban’s ruling party remained well ahead of its main rivals.

Nationalist Jobbik scored 11 percent, while the Socialists had 7 percent support according to the survey, which showed that a third of those polled had no preferred party.