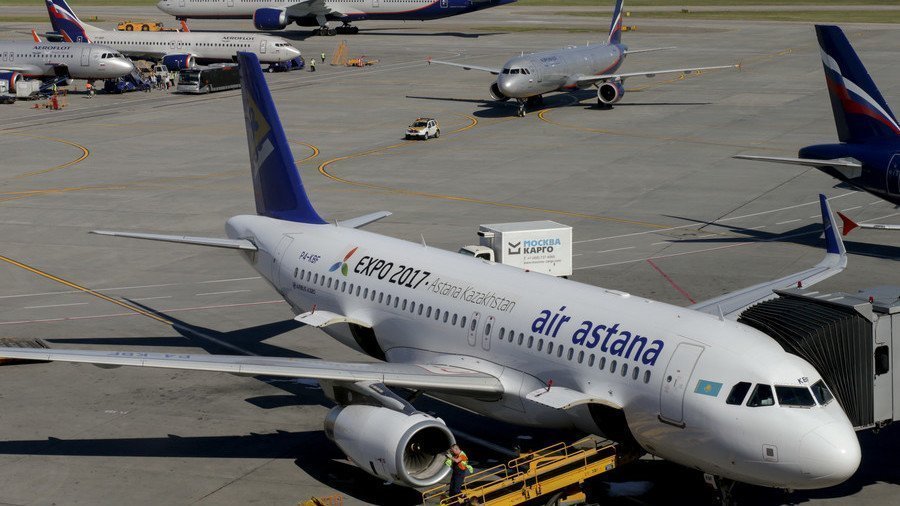 A passenger on board an Air Astana Airbus A320 captured every traveler’s nightmare – shaking and rattling inside of a plane skidding off of the runway during landing.
Flight #KC352 arrived from Shymkent to Astana Airport on Tuesday. Weather conditions in the Kazakhstan capital were heavy due to strong winds, according to local media.

The video shot by a passenger inside the plane shows the aircraft shaking during landing. The plane then skids off the runway and stops in the grass.

Local media, citing the press service of the airport, says that one of the engines was damaged and the plane was towed to the airport. No injuries have been reported.