Warren: Sanders said in 2018 meeting a woman could not win the White House 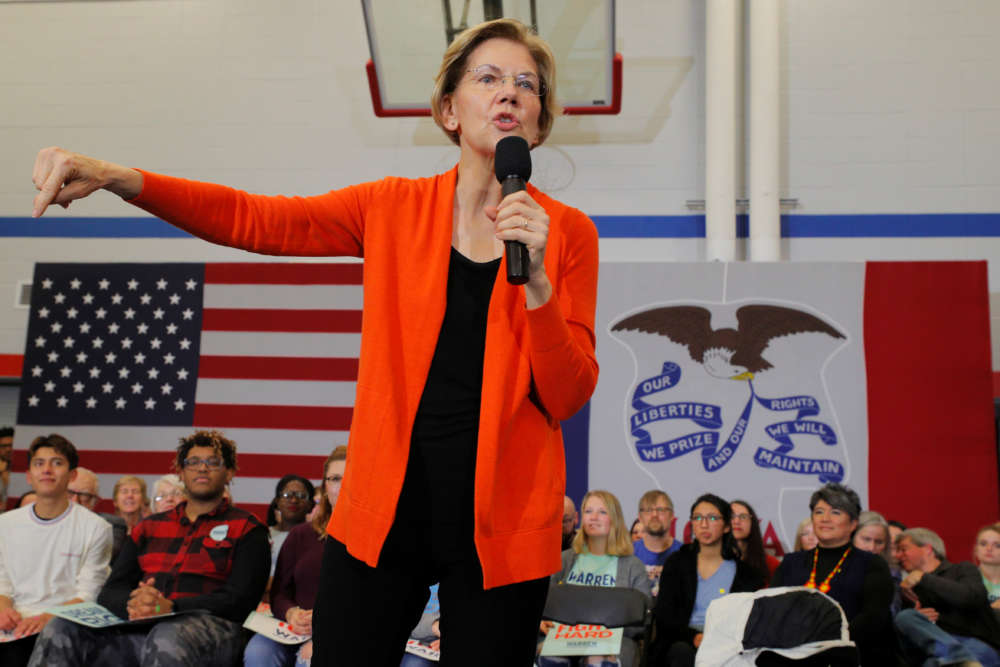 Elizabeth Warren took the unusual step on Monday of confirming a report that fellow Democratic White House contender Bernie Sanders told her during a 2018 meeting that he did not believe a woman could win the 2020 presidential race.

Warren and Sanders are fellow U.S. senators, friends and their party’s progressive standard-bearers who agreed early in the nominating contest to an informal non-aggression pact.

But amid escalating tensions between the two rivals and with the first nominating contest looming in early February, Warren pushed back against Sanders’ denial of a CNN report detailing the meeting in which he told her he did not believe a woman could beat Republican President Donald Trump.

“I thought a woman could win; he disagreed,” Warren, a U.S. senator from Massachusetts, said in a statement released late on Monday describing the two-hour meeting in December 2018.

In its report on the meeting, CNN cited four people with knowledge of it, including two with whom Warren spoke about it soon after and another two who were familiar with what happened at the meeting.

Sanders, a U.S. senator from Vermont, told CNN it was “ludicrous” that he would tell Warren a woman could not win. “What I did say that night was that Donald Trump is a sexist, a racist and a liar who would weaponize whatever he could,” he added.

Sanders’ campaign did not immediately respond to a request to comment on Warren’s confirmation of the CNN account.

“I have no interest in discussing this private meeting any further because Bernie and I have far more in common than our differences in punditry,” Warren said.

The tussle between the two progressive senators is the second in as many days after Politico reported on Sunday that Sanders’ campaign had distributed talking points for volunteers on what to say to voters who are thinking of supporting his main rivals.

The guidance suggested that volunteers argue that Warren was supported by “highly-educated, more affluent people who are going to show up and vote Democratic no matter what.” In response, Warren, while campaigning in Iowa, said she was “disappointed” in Sanders’ campaign and hoped he reconsidered the approach.

Sanders said he had not approved the negative talking points related to his Democratic rivals.

Warren and Sanders are among the six candidates who will face off on Tuesday in the seventh Democratic presidential debate, and the last before the Feb. 3 Iowa caucuses, which kick off the state nominating contests. There are 12 candidates currently vying for the party’s nomination to take on Trump in November. National opinion polls show Warren in the top tier but trailing Sanders and former Vice President Joe Biden.