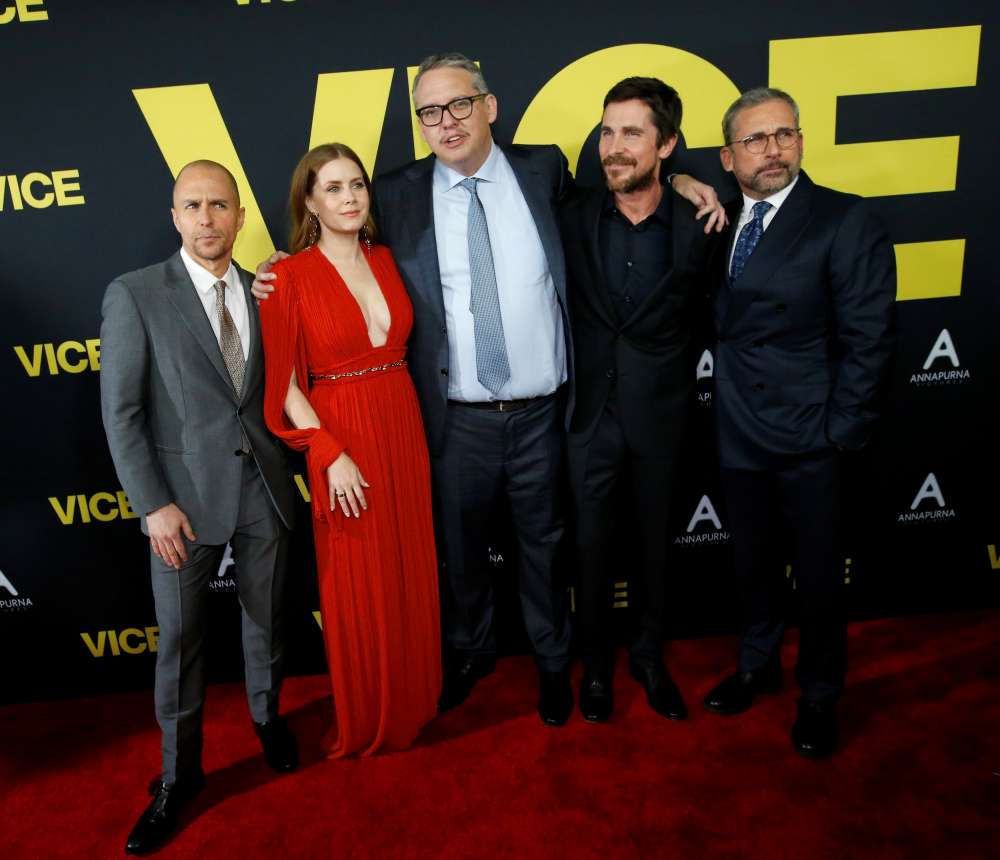 Shortly after the release of his 2015 Wall Street drama “The Big Short,” writer and director Adam McKay was home sick with the flu and picked up a book about former U.S. Vice President Dick Cheney.

McKay was fascinated by the power that Cheney quietly amassed behind the scenes of the George W. Bush administration, and he was inspired to write and direct “Vice,” which opens in US movie theatres on Christmas, to show how that happened.

“How did this guy who was so uncharismatic and so shadowy affect history to this degree?” McKay said in an interview.

In “Vice,” Christian Bale portrays Cheney as a conniving opportunist who steers Bush into an ill-conceived war in Iraq after the Sept. 11 attacks. But the film also tells the love story of Cheney and his wife, Lynne (Amy Adams), and shows tender moments with his two daughters.

“We really tried to make it a character portrait more than about right versus left, really trying to understand the path that America took,” McKay said.

“It was a story that went from humble American ambition into power into something darker,” he added.

McKay, whose credits include wacky Will Ferrell comedies such as “Anchorman,” won a screenwriting Oscar for using unconventional tactics to describe the U.S. housing meltdown in “The Big Short.” In “Vice,” he intersperses drama with fantasy sequences including an imagined scene where Dick and Lynne Cheney break into Shakespearean-style dialogue to plot his next career move.

“Vice” earned six Golden Globe nominations, more than any other film, and is considered a contender for the Academy Awards.

Some conservatives have attacked the film as a liberal Hollywood spin on Cheney’s ascent. The National Review’s Kyle Smith said McKay, a donor to Democratic candidates, crafted “left-wing fantasy dialogue” to make a point.

“Anyone that says it’s a liberal bias, I would love for them to point out what’s not accurate. We clearly invaded Iraq, clearly the intelligence was questionable, clearly Cheney did X, Y and Z,” he said.

Representatives for the Cheneys did not immediately respond to requests for comment. McKay said he believes Cheney would not object to “the first 99 percent of the movie.”

“At the end, there’s definitely an implication that things have come undone,” McKay said. “He wouldn’t agree with that, but I would think up until that point he’d just watch and go ‘Yeah, that’s what happened.'”

Said Bale of Cheney: “He’s a thick-skinned individual. I don’t think he’s going to give a damn.”

By In Cyprus
Previous articleConsumer association survey: Christmas meal for four costs €73
Next articleMainly fine with some showers possible in the morning