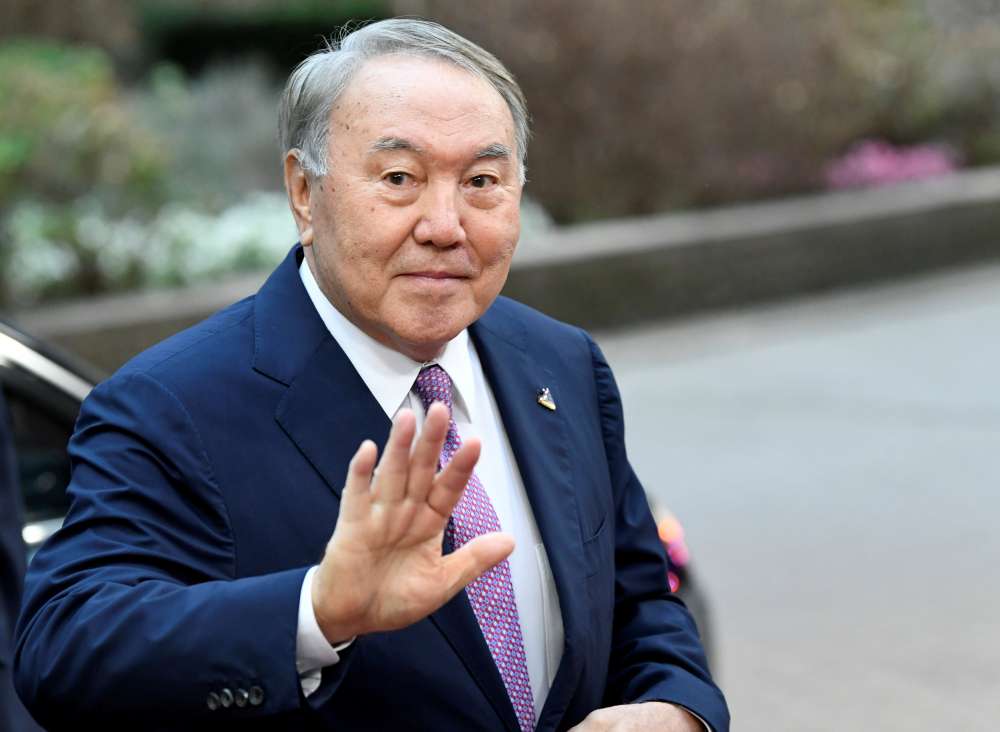 Nazarbayev, 78, the last Soviet-era leader still in charge of his country, said he would retain key security council and party leader positions while handing over the presidency to a loyal ally for the rest of his term, which ends in April 2020.

“I have taken a decision, which was not easy for me, to resign as president,” Nazarbayev said in a televised address before signing a decree terminating his powers from March 20.

“As the founder of the independent Kazakh state I see my task now in facilitating the rise of a new generation of leaders who will continue the reforms that are under way in the country.”

His decision hit the price of Kazakh bonds and even appeared to weigh on the Russian rouble. Moscow is Kazakhstan’s main trade partner and Nazarbayev has enjoyed close ties with Russian President Vladimir Putin.

Valentina Matvienko, the speaker of the upper house of the Russian parliament and a close Putin ally, said Nazarbayev’s resignation was unexpected and very serious, RIA news agency reported.

Kassym-Jomart Tokayev, speaker of the upper house of parliament, will take over as Kazakhstan’s acting president for the remainder of his term in line with the constitution, Nazarbayev said.

Tokayev, 65, is a Moscow-educated career diplomat fluent in Kazakh, Russian, English and Chinese who has previously served as Kazakhstan’s foreign minister and prime minister.

Nazarbayev, a onetime steel worker who as president helped attract tens of billions of dollars from foreign energy companies and more than triple Kazakh oil output, said he would continue to chair the Security Council and remain leader of the Nur Otan party which dominates parliament.

The former Communist Party boss steered his nation of 18 million people to independence from Moscow in 1991. He won 97.7 percent of the vote in the last presidential election in 2015 and has no apparent long-term successor.

Kazakhstan is scheduled to hold both presidential and parliamentary elections next year.

Nazarbayev’s government pushed through a number of popular policies in recent months – including raising public-sector salaries and forcing utilities to cut and freeze tariffs – stoking speculation that he was preparing for a re-election bid.