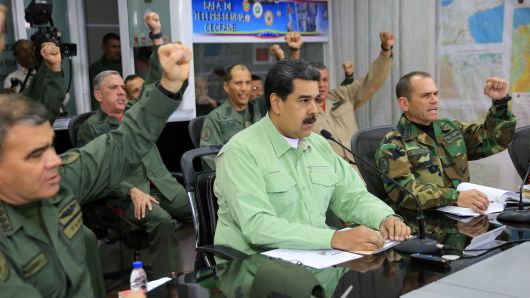 Venezuelan President Nicolas Maduro said on Satuday his government had broken relations with Colombia and would expel some Colombian diplomatic staff after Colombia assisted the opposition’s efforts to bring humanitarian aid into the country.

“Patience is exhausted, I can’t bare it anymore, we can’t keep putting up with Colombian territory being used for attacks against Venezuela. For that reason, I have decided to break all political and diplomatic relations with Colombia’s fascist government,” Maduro said in a speech.

He said the ambassador and consular staff would have to leave Venezuela within 24 hours.